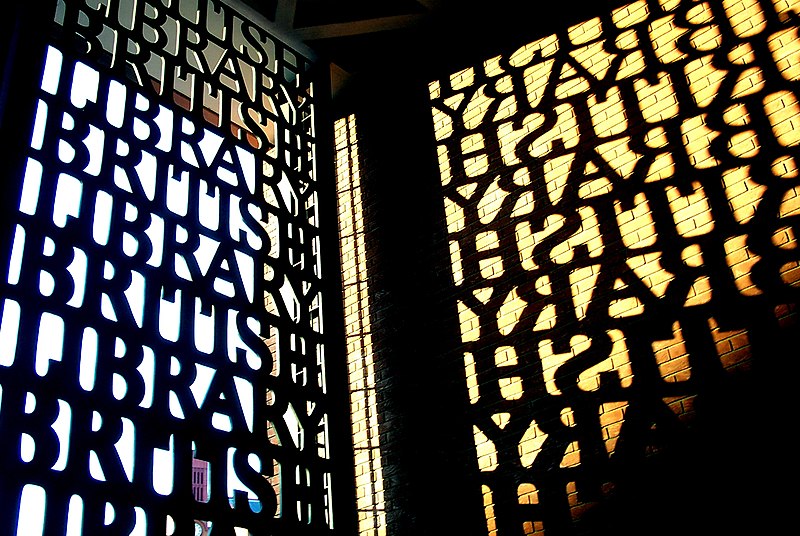 In this guest post, __Jerry Jenkins__, Curator of Emerging Media in Contemporary British Published Collections at the British Library, explains how the library was able to take advantage of Democracy Club’s candidates data for the 2015 General Election. You can contact Jerry directly via twitter.

Over the past ten years, the British Library has led a collection of websites created for and related to the past three general elections. Taken together, they provide a resource to explore how issues, values and behaviours in elections change over time. For 2015, we were particularly interested in the role of social media in election campaigns. My role in the process was to select prospective candidate’s campaign websites and associated social media accounts.

Since the 2010 General Election the online presence of prospective parliamentary candidates (PPC) has mushroomed, encompassing websites, webpages, social media feeds and groups promoting their candidacy. The prominence of social media in the campaigns of PPCs can be best illustrated by the fact that nearly two-thirds of the PPC sites selected were social media accounts related to their campaigning activities. The archived PPCs were standing in one of 110 English constituencies we select from. We do not have the capacity to select and archive all the candidates from all 650 constituencies in the UK.

Librarians spend a fair amount of time looking things up and then double-checking. As you might imagine, the task to locate all the prospective parliamentary candidates’ online campaigning pages, social media accounts, groups and feeds, blogs, campaigning sites and constituency websites is not straightforward.

To come across an asset such as the YourNextMP website with a comprehensive and up-to-date list of the prospective candidates for the election was most beneficial indeed. All the information was accessible in a downloadable dataset, providing an indispensable resource in tracing the candidates for each of the constituencies we select from.

The dataset is more than a simple list of candidates. It contains information from seventeen different fields including names, political affiliation, constituency, Twitter username, Facebook profile, URLs of campaign sites, date of birth and even a Wikipedia entry where one exists.

When searching for and selecting candidate websites for the UK Web Archive 2015 General Election collection YourNextMP was helpful in two ways. Firstly it provided a list of who was standing in which constituency and by arranging the dataset by constituency it was possible to see a list of all the candidates and their related online campaign resources. This functionality was of fundamental importance as it allowed selection of only the constituencies which we archive. Secondly, the dataset gives a clear indication of what social media resources prospective parliamentary candidates depended on.

YourNextMP was used in conjunction with other online resources such as the political parties’ constituency websites and Wikipedia. By triangulating the information from different sources it ensured that submissions to the collection where correct. Using this information, we were able to build a collection that reflects the use of new tools and technologies alongside more traditional campaigning behaviour. 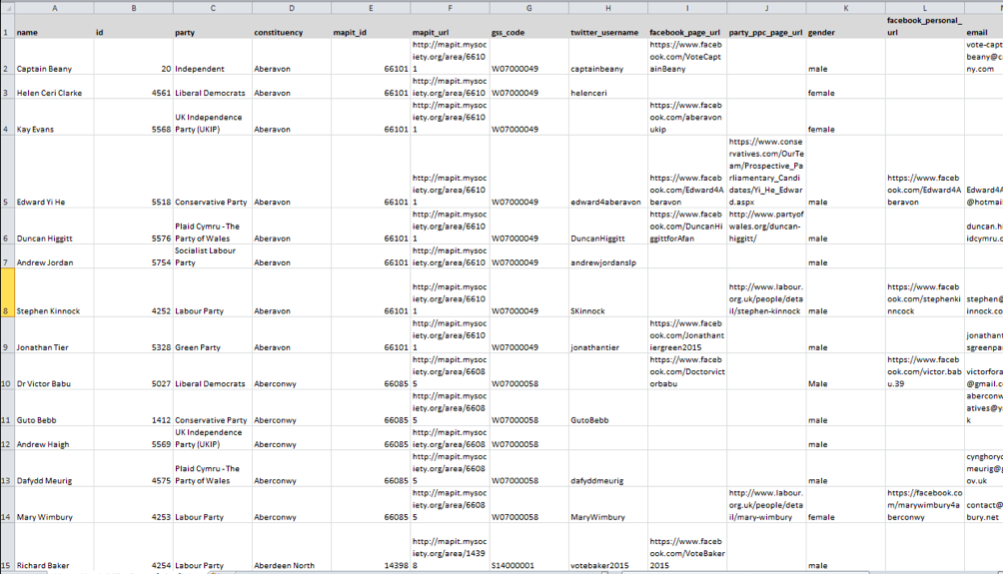 In the spring, London prepared for its Assembly and Mayoral Election on 5 May. WhoCanIVoteFor.co.uk helped the electorate discover their candidates. Clearly the Enfield and Haringey London Assembly candidates demonstrated the trend to appeal to voters via social media to some degree. In a continually fragmented and fluid news and current affairs landscape, WhoCanIVoteFor offers a fixed point to gain information on the political process.

Access to resources such as WhoCanIVoteFor, their sister site Unlock Democracy and the UK Web Archive General Election collections all offer the research community powerful tools to interrogate and explore electioneering in the “social media” age.