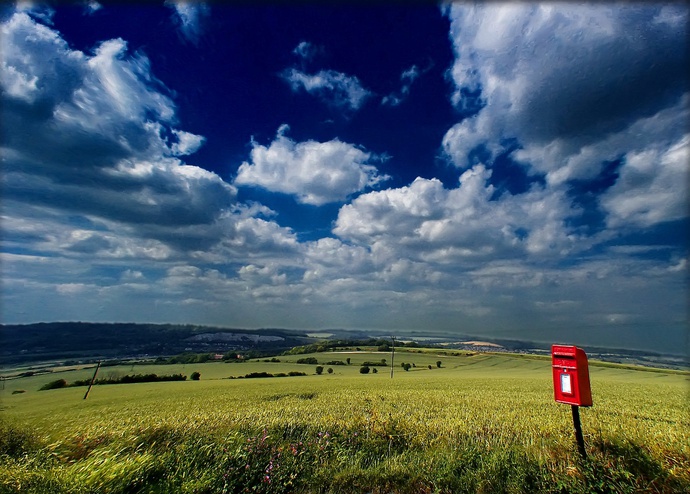 4,314 postcodes are split across council boundaries. In this blog, we talk about why it matters and what we’re doing about it.

Everything starts with a postcode

We all know the pattern. You put your postcode into a website and it tells you something about your area.

Behind the scenes, the postcode is looked up and a corresponding latitude and longitude point is found. Then some maths happens to work out how far away everything is from that point and the closest thing to you is shown.

There’s a slight fudge in this though. Postcodes aren’t actually a single place. A few houses can all have the same postcode, so the postcode pinpoint in the map is actually a point on the map in the middle of a group of houses that share a postcode.

A lot of the time you’re trying to find things near that postcode, like a supermarket, so picking a point in the middle of the 30 or so houses isn’t much of a problem.

Technically your house might be a tiny bit closer to a different shop, but it’s not the end of the world if it’s out by a little bit as long as you can get a pint of milk before the shop closes.

But there’s another, different sort of use for postcodes: finding out if you’re inside an administrative boundary. Want to know which NHS area you’re in? Or which police force you should contact? Or who your MP is? Or which council is yours?

In these cases, you need to know if your house is within an area, not just close to it.

You might think that each house inside a postcode would fit neatly inside a council boundary. Sadly, this isn’t the case. Postcodes are designed for delivering post, and for the most part the council boundaries aren’t very important in terms of letter delivery.

Our example postcode tells us that our bins are collected by Wolverhampton Council and links to their website.

So far so good, until you realise that WV14 8TU is split across three different councils, Wolverhampton, Sandwell and Dudley. If this is your postcode, there’s a reasonable chance you’re actually in Sandwell, not Wolverhampton. Here’s the same postcode on the map like before, but now with council boundaries overlaid:

Just use the address?

We’ve looked into this and found 4,314 postcodes that are split across at least two council areas. These postcodes represent 69,337 houses. That’s a lot of houses that could be routed to the wrong council.

So why not ask for more parts of the address? Technically it’s possible to get the location of each house in a postcode and work out if it’s split across a boundary. If it is, then you could offer a list of precise addresses to the user to choose from before giving them an answer.

Unfortunately, this data isn’t public in the UK, so it’s impossible to do this without paying thousands each year. Who sells this data? Our old friends, Ordnance Survey.

Of course GOV.UK can use the data for free, so there is no good reason for them not to use AddressBase for this.

For the rest of us, a good start is at least to know which postcodes are affected. We plan on ‘blacklisting’ these postcodes on our sites, explaining to the user that we can’t be sure exactly which council they’re in. This matters, because we don’t want to tell someone they have an election when they don’t, or worse, tell them there isn’t one when there is.

If you’re running a site that might have this problem you’re welcome to use the list of postcodes with this problem. Please let us know how you’re explaining the situation to your users.

If you’re someone who lives in a split postcode, tell us what you do to get around these problems!

Oh, and because we like putting things on maps, here’s a map of all the postcodes that are split: 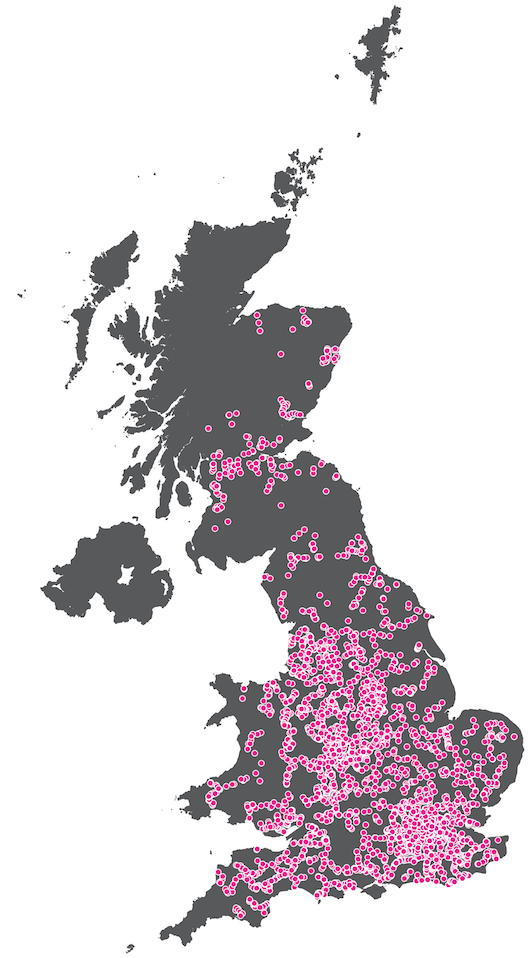