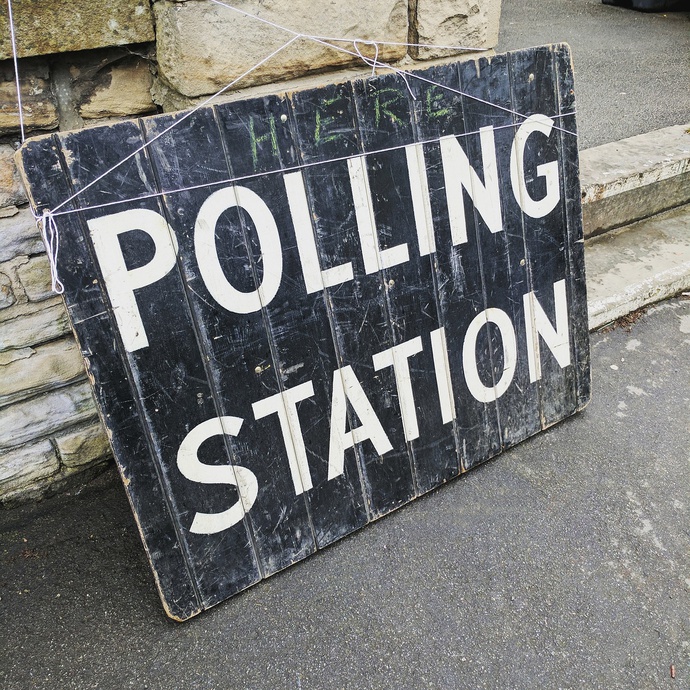 In this week’s blog we’re excited about by-elections and asking for your help to get more information on by-election candidates. We’re looking again at how we change the world; we’re in Cardiff for a consultation on electoral reform in Wales; and we’re after councillors’ email addresses.

We’re now completely rocking the by-elections: adding them to Every Election; adding the candidate details; and making it all accessible via Who Can I Vote For? on a rolling basis.

There were 12 by-elections yesterday, with a discernible spike in traffic on the day (see below) — though it’s hard to know whether these users were in by-election areas and coming to learn about their candidates. The bounce rate suggests that most people landed on a specific page (via a Google search) and then left. The next step might be to try some very geo-targeted marketing to reach more potential voters.

There are eight by-elections next week, then another eight the week after that. So much election fun! We now really need your help on an ongoing basis to try to ensure we’ve got some useful information on those candidates. Help us out and choose an upcoming election from the list and see if you can track down any information about these people! Emails, photos, facebook pages, etc. will really help voters.

Lastly, we’re learning about these by-elections via Google search alerts and by watching some websites where enthusiasts try to list them all. It is possible that we’re missing some — so be vigilant, everyone. Don’t let any by-elections escape.

🗺 How we change the world 🗺

A long time ago (early 2016), in a land far away (Somerset House), we sketched our ‘theory of change’ — that is, how we believe we make the world better.

We never got a huge amount of feedback… perhaps because what we do is obviously great. Which is nice. However, for funders and our own peace of mind, it’s good to add a bit more rigour to our thinking.

So with the help of an expert volunteer, we’ve taken another look at it, and produced a draft spreadsheet version of it here. Ultimately, this could get quite detailed, with measurements and targets (like in our annual goal-setting) built in. For now, however, it’s fairly simple — have a read, let us know if it makes sense, or if there’s anything we’re missing!

We’ve also drawn this up as almost-a-flowchart. This is meant to give anyone a one-page overview of how we are socially useful. Again, please don’t hesitate to shout if you think it can be improved.

PDF version of the diagram here.

One of the best ways to get early notice of May 2018 candidates is to email the current councillors whose term is expiring in May, and ask whether they plan to stand again. We can also ask them for a campaign email address, social links, a photo and statement. So having the email addresses is a win.

The emails are all published on local authority websites. We’ve been able to scrape lots of them, but there are a few councils left for which we might need some help. Here’s the spreadsheet of missing councils. London’s easy — just a cut and paste job from the helpful listings done by London Councils. But Birmingham, Manchester, Leeds, Eastleigh, Hull or Harrogate? If you know of any existing lists of these folks, let us know — or please have a crack at filling in a few wards yourself!

Sym was in Cardiff this week to join a meeting hosted by the Welsh Government to develop responses to their consultation on electoral reform for local government in Wales.

Much of the conversation revolved around the complexity of administration that can result with an expansion of the franchise (to under 16s, for example). This is important to note, but it’s equally important that the voice of voters isn’t left out of this debate — please take part in the consultation! If you’re in Wales, have your say by 10 October and please share widely!

It’s great that the Welsh Government is thinking about this stuff and there are potentially useful lessons for the rest of the UK.

We’ll be planning our next sprint: peruse the ‘icebox’ to-do list here. And we’ll doing some last-minute planning and arranging for our New York trip. We’ve got some exciting meetings lined up for this transatlantic cross-cultural learning exchange, including with our hosts Democracy Works, and with Civic Hall, GovLab, Robin Hood Labs and beta.nyc.

Any other ideas? Add them to the Trello card! (Yes, we’re just doing this to test the sexy new embed-a-Trello-card feature).