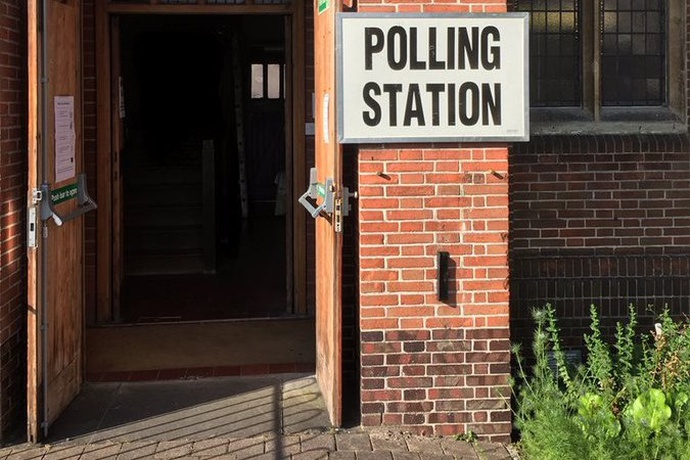 Tell me in sixteen words.

Because (a) we don’t have all the data, and (b) democracy is under-resourced in the UK.

Your friendly Democracy Club then asks the councils to provide the data to us. They’re under no (legal) obligation to provide it to us, but most do.

We check it, clean it and aggregate it into one giant nationwide dataset so that ideally a quick google search gets people the result they need.

Not everyone provides us with data (they’re under no legal obligation to do so, remember) — so we just show the phone number for the council instead.

This time, for the first time in our three year existence, we were actually provided with more data than we could process. We’re a tiny team and had just six weeks’ notice for the European elections, while we were already dealing with a giant set of local elections. (In most cases, we couldn’t just use the same data from the local elections, because polling stations regularly change — it depends which buildings are available!). We just don’t have the capacity (yet).

Yes, yes it should. It is ridiculous that we expect democracy to magically carry on functioning with no investment in modern, user friendly services and infrastructure.

Isn’t this what The Electoral Commission is for?

The Electoral Commission provides guidance and standards on elections and regulates political party funding. It doesn’t run the elections. So it would have the same data-gathering to do, but would hopefully be properly funded.

The commission currently uses our data on its Your Vote Matters website (without the lovely maps) and does fund a chunk of the work. But not all of it. Would they take on the whole project? We’ll see…

Hang on, I’ve seen that the Labour Party also do a finder and their’s has information yours doesn’t. Why?

We make the polling location data we aggregate available as open data: anyone can use it. We’re good like that.

The Labour Party is one of the users. (To be clear: other parties or anyone else is welcome to use it too.) They then add to our data with some of their own data, which we think they get from the electoral register (they have access to this, we don’t, because they’re a registered political party). But we’re not sure how much of the country it covers.

You can try out Labour’s finder here.

Can’t you crowdsource it, like you so cleverly do with candidate data?

Alas, no. For the purposes of ‘where to vote’, not everyone in the same postcode area has the same polling station. We get examples where 77b, High Street votes at a different place than 77a, High Street.

So we’d need to get literally every household to add their data. Which would sort of obviate the point of a finder. Although it would be a fun task for the nation.

What about Northern Ireland?

Okay, thanks! How do I donate again?

Oh, thanks for asking! Here!

Wait, I still genuinely don’t know where my polling station is and the council isn’t answering the phone.

Get to a polling station in your local authority area and ask for help. The officers there might be able to help you find your correct station.