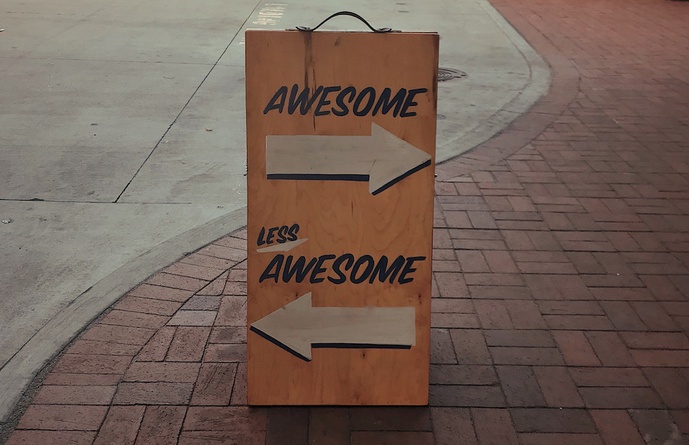 It’s a cracking blogpost this week: we’ve reviewed the feedback from users of WhereDoIVote.co.uk and WhoCanIVoteFor.co.uk and Chris and Alex respectively have put together a couple of summaries.

On WhereDoIVote.co.uk we have a feedback from asking a Yes/No question: “Did you find this useful?” and a follow up text question “Can you tell us anything more?”.

As in 2017 and 2018, we only showed the feedback form in situations where we could provide the user with some information. We have implicitly assumed that in cases where we showed the “We don’t have data for your area” page and provided contact details for the user’s council, this was not helpful and didn’t ask for feedback. The way to fix/improve that is to have greater coverage. We also only showed users a feedback form on our own website - it wasn’t shown to embedded users and we don’t have any data about users consuming our data on third party websites via the API.

These are high levels of satisfaction, but represent a drop from last year when we achieved 96.14%.

Drilling down into the data and comments, there is basically one thing that changed:

Facebook linking to our site in every UK user’s timeline and framing it as “see election info” as opposed to “find your polling station” resulted in WhereDoIVote.co.uk receiving ~10x the amount of traffic we saw on polling day in 2018, but it also changed the profile and expectations of our users.

By contrast, in 2018, most users were finding us via organic search, local news media or their local council, so in 2018 most users were hitting WhereDoIVote.co.uk because they were trying to find their polling station.

In 2019, we reached a much broader audience via the website. One effect of this was that election info was pushed to an audience that may not have looked for it proactively:

I wasn’t aware that the vote was today. Great job letting me know and giving additional information i.e where to go, what I need etc

Super helpful, I might not have bothered voting without this info!

Simultaneously, we also found we had more comments from people who didn’t find the site helpful because they already knew where to vote, didn’t plan to vote, weren’t registered etc who probably wouldn’t have ended up on the site in 2018. e.g:

Already had this information thanks.

Voting is a waste of time

Reaching a wider audience with slightly different expectations has definitely been beneficial, but also probably explains achieving a lower level of satisfaction.

On WhoCanIVoteFor.co.uk we have the same questions as on ‘Where’: “Did you find this useful?” and a follow up text question “Can you tell us anything more?”. The stats for ‘Who’ are quite different from ‘Where’.

From the start of the year to 5 May (so presumably most users were looking for local election information), we received 11,363 bits of feedback with around 38% of users giving us a 👍. This doesn’t sound objectively amazing, but is a cracking improvement on 22% the previous year. Either users’ expectations fell or we managed to provide a bit more of what they were looking for. Further analysis to come in the annual report.

From 5 May to 31 May (where presumably most users were looking for information on the European Parliament election) we received 2,687 bits of feedback with around 52% of users giving us a 👍. This might be the best ratio we’ve ever achieved! This is presumably down to there being fewer candidates, so it was easier to research and find photos and other information on them.

Over to Alex, who read through all the comments on the feedback to the European elections…

After filtering through a significant number of very generous offers to improve our SEO from real experts who are definitely not robots, we’ve been able to gain some insight from our feedback form over the European elections.

A significant number of people are using Who Can I Vote For to work out who in the candidate list is most in favour of leaving the EU. The word “Brexit” came up in about 1.1% of responses, which makes it the single highest “policy” word by some margin. 1 in 100 words were Brexit. And remember, a lot of those words were offering us better SEO, or complaining about other matters or were just collections of prepositions and nouns. Brexit was a pivotal phrase. In fact, “remain” only came up at 0.24%. The difficulty in this is separating out comments that are specifically about the Brexit Party, and those about the concept of Brexit, but it serves as a reminder that providing a set of tools for making decisions can lead to people using a single data point as a basis for decisions.

We’re not the actual government

Qualitative feedback from democracy club sites often generates a large number of people upset with the data coverage. Typical responses are along the lines of “if you won’t tell me who is standing, why do you expect me to vote?”. There is a lesson for us here that many people don’t come to us through our homepage or the story of civic technology, and we should probably make the “volunteers make this for free” aspect of the work more visible. It also raises the issue that voters expect information on candidates to be provided by an official government authority and the fact that they don’t do that creates a space for people to hijack democratic information. We’re nice, but imagine Evil Democracy Club for a moment. 👹 Government [or ‘the state’ in some form - Ed.] needs to build democratic infrastructure.

There are other aspects of the feedback that suggest that the data that is being aggregated is not meeting people’s needs. Many commenters wrote about wanting either a way to see how a candidate had voted in the past, or what they were going to do in the future. Both of these come with problems. Trying to base personal political decisions off voting records is tricky as voting records are not a perfect barometer of a politicians views (see Marie Le Conte’s recent piece in GQ about TheyWorkForYou). Democracy Club has always strained to aggregate different sources to help voters, with collections of election leaflets, manifestos and CVs, none of which were designed as information resources to be placed in a comparative grid. Perhaps some of the frustrations of the users are coming from the limitations of the documents. We should think about this as part of upcoming user experience work and see if there are language adjustments or other contextual information that could be helpful.

Next week, we’ll publish our draft goals for the year ahead — we’re keen for your feedback (and your help to deliver them too). Some of this will hopefully respond to the feedback above, particularly on ‘Who’. Sym and Joe are on leave next week, leaving democracy in the capable hands of Chris.