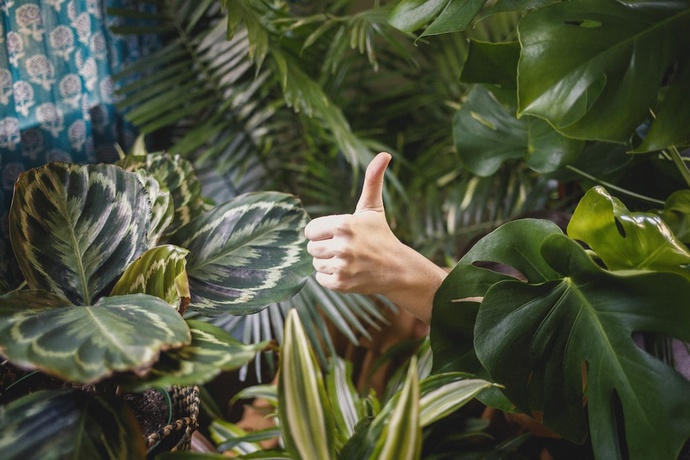 A data visualisation of the modal average user satisfaction rate.

Between confirmation of the candidates on 14 November (‘SoPN Day’) and close of polls on 12 December, Who Can I Vote For? processed 521,000 individual postcode searches.

This is a reflection of the site’s widespread availability: Who Can I Vote For? was linked to by newspapers, councils, and prominent institutions and websites, from the Houses of Parliament to Mumsnet (a mention in dispatches to our general election contractor, Terry, who made so much of this happen!).

Most importantly, however, it also reflects the quality of the information we were able to provide: although hardly perfect (see below!), by election day our database contained a photo and at least some contact information for the vast majority of candidates. That this was the case is due to our amazing group of volunteer crowdsourcers, who worked tirelessly to build and improve the dataset. Many thanks again to everyone who helped out!

During that period, 13,386 people answered the Yes/No question ‘Did You Find What You Were Looking For?’

This might not look like an excellent result, but it’s slightly above our usual ratings. This approval should be viewed in context of the fact that so many people come to us already frustrated with a general lack of information, and often in ignorance of their candidates. Most of the negative comments focus on specific candidates or parties (many clearly clicked ‘no’ because they couldn’t find the candidate they were looking for); very few directly attack the site itself.

Of the above, 2,292 people left a feedback comment, the vast majority of whom (78%) had clicked ‘No’. Clearly an awful lot of people didn’t find what they were looking for! But what did they say? As with Where Do I Vote? last week, we give an overview of some of the key themes below.

In contrast to WDIV, WCIVF naturally attracts far more politicised commentary and questions, and WCIVF users generally leave much longer and more detailed comments as well. It’s an extremely eclectic mix of comments, and we can only summarise them here: we’re happy to provide the full feedback file (cleaned up and anonymised) to anyone who is interested!

A full 10% of our comments featured the word ‘Brexit’, with terms such as ‘referendum’, ‘leave’ and ‘remain’ also cropping up regularly. These comments generally fall into two groups (although there are a few which fall outside these two, such as the poor user who simply typed: ‘What are the facts about Brexit’). The first group reflected people’s demand to know whether a candidate was pro/anti leave/remain, which is information which we did not provide; the second group expressed voters’ frustrations with the Brexit Party’s decision not to stand in every constituency. We also received a small number of comments reflecting anger at the ‘unite to remain’ election pact:

is she a remainer or a leaver yes or no?

I wish to know the candidates position on Brexit, before I commit my vote, please?

I wanted to know how the labour candidate stands on BREXIT

no brexit party standing so will not vote.

Has Plaid Cymru decided not to put a candidate? Are they supporting the Green Candidate

In addition, we get a lot of general political comments, musings and questions:

Why on earth so many un used cycle paths …crazy

Just that I can’t wait. This election will see who will be in charge of my region […] Good luck to all candidates taking part, I hope to see a greener future in mine.

Every candidate in Bath is an arsehole.

I wish to vote online

An overwhelming theme in the feedback relates to users’ wish for more information, especially on the personal background of their candidates. A consistent demand is that for better contact details, in particular email addresses. Over 10% of comments demanded better contact information for their candidate, half of whom wanted an email address specifically (including a number who wrote to say that the email we had was wrong). While we clearly couldn’t satisfy these people, it serves as further evidence that a large number of UK voters struggle to choose between candidates, and feel they lack basic, objective information:

I want to know more about this party member - like his views on life etc.

who is she where does she come from

I want to know if any of the candidates in Carmarthen east and Dinefwr has a science background, preferably a degree. We need more scientists in parliament.

I need to know more about each candidate so I can make an informed decision when I know what they hope to do for everyone whether rich or poor.

Where is he from and why is he bothering. He hasn’t got a chance.

This page is not much use as it has no info at all on any of them. I am not interested in their spiel, I want objective biographical data: education, work experience outside politics.

Not enough info on candidate to make an informed decision. Digestive biscuits?!!

A number of users also requested information relating to their local area and constituency, polling and previous results:

Latest poll for my area

As with Where Do I Vote, a few people found space to vent some anger:

Your site is very lightweight on information at this stage in such an important event as a General election, if you cannot cut the mustard do not go there

Hang on, you want me to pay you £5, and yet enter the information I was looking for myself?

What a load of biased rubbish. Please don’t hide behind being a registered charity.

Coverage of parties is imbalanced and shows extremely poor research.

Overall, however, we received no indications that anything major had gone awry. Once again, a large number of respondents (though, it should be said, a much smaller proportion than on WDIV) were happy with our service, and found that Who Can I Vote For offered information that no-one else was providing:

Great site, something like this should be part of a voting registration programme.

The information regarding hustings is great. I was looking for more in depth information about the candidates views and beliefs.good work though, many thanks

Wish I had known of this site months ago when searching for candidates. Someone posted on facebook that led me to this site and I am grateful for this.

I wanted information about voting tactically in this area. The site helped with this

This whole thing is super useful, keep up the good work!

Great and impartial, most importantly this site has integrity.

This is a brilliant tool and has confirmed my decision

My first visit to this great website. Never heard of it before. Found it by Googling a local PPC of whom I’d never heard before. Keep up the good work!

It was a very useful tool to just sit and ponder the policies without being bombarded with every-bodies opinions - just facts. Thank you!

Why is this information not available on the gov.UK website? My local council has not yet even put the lists for our local candidates on its site - even the page about the election is quite well hidden.

Why are volunteers responsible for information gathering on a Government Site anyway. Shouldn’t we be able to see everything we need to know on the Government Site about the candidate we are voting for?

📋 What else is going on at Democracy Club? 📋

This week we had a lot of chats about the polling station finder. We compared notes with a couple of the political parties that run their own finders, and chatted with The Electoral Commission about why it’s hard. We also discussed the cases where a voter might have a few different elections to vote in this May, and how this should be displayed over at their website, and via our Election Everything widget (or, if you will, SuperWidget). We’re also doing some standard plotting-about-the-future.

This week kicked off the work for the run-up to May 2020 — requesting polling location data,

Dealing with the fallout from the all of the above, as well as a whole new sprintplan of fun.