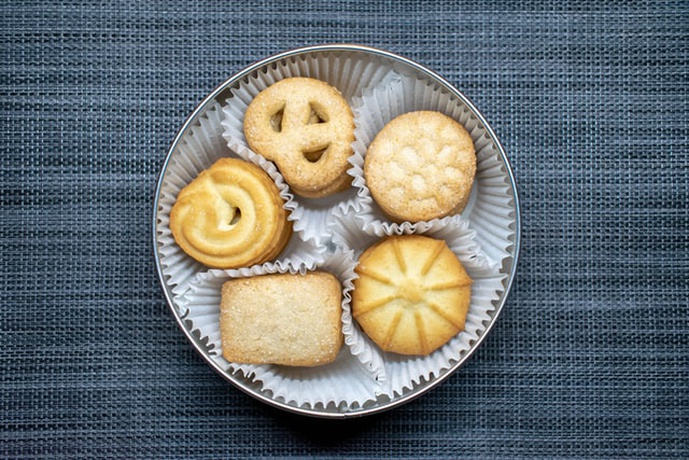 This blog is best viewed on a computer monitor or tablet.

Tomorrow (29 May) is national biscuit day! To mark the occasion, we’ve taken a look at a hitherto neglected section of our database: candidate biscuit preferences.

Which biscuit is preferred by UK politicians? How does this data break down by party, geography, or gender? And what, if anything, does it tell us about the state of UK voter information? Read on to find out..

Inspired by Mumsnet’s now (in)famous ‘biscuit question’, Democracy Club’s favourite biscuit field was added to candidate profiles in May 2017.1 It was, and remains, the only piece of ‘additional information’ we ask for. The replies are displayed on the candidate’s profile on WhoCanIVoteFor.co.uk.

It’s also the only field incorporating an emoji.

In previous years we’ve not had much to go on, but 2021 was different. Not only are we now pretty well-known, but the limits on face-to-face campaigning imposed by Covid meant that a record number of candidates signed up to use our site. More candidates means more biscuits!

Between May 2017 and May 2021, Democracy Club collected 1,488 biscuit preferences from UK politicians, of which around 50% are attached to candidates who stood in the 2021 elections. The favourite biscuit field is free-text: candidates can (and do) type anything they like into it.2 The data in this release has been cleaned and standardised for easy analysis. It was accessed in early May 2021, and only reflects our database at that time.

It should be noted that Democracy Club’s favourite biscuit field has never covered a local election outside of England; consequently, the vast majority of these biscuit preferences are from English local election candidates (eg. 171 results for London compared with 59 for Scotland). We do not have a large enough sample to ascertain the preferences of SNP or Plaid Cymru candidates (next year will see elections in Wales, Scotland and Northern Ireland, when we are hoping to correct this imbalance!).

So, without further ado, the top-ten biscuits as chosen by UK politicians:

To pre-empt the angry emails: as a non-partisan organisation, we don’t take a position on whether or not Jaffa cakes are a biscuit.3

While the custard cream wins out under First Past the Post, if the election were conducted by proportional representation a coalition of many biscuit types would be inevitable. Any resulting government would likely be led by the combined varieties of digestives (14.3%) or hobnobs (14.1%).

Geography:
The favourite biscuit among politicians in the North of England is (by a large margin) the custard cream; in the Midlands the chocolate hobnob is preferred; while Southern English candidates have plumped for the chocolate digestive.

20% of Scottish respondents cited a Tunnock’s product, although the most popular individual ‘biscuit’ in Scotland is a jaffa cake. The Welsh prefer the custard cream.

Gender:
The favourite biscuit among female politicians is the chocolate digestive (6.7%), whereas males prefer the custard cream (10.1%).

But you didn’t come here just for the overall rankings, right? You want to know the preferred biscuit of each political party. Here’s the top-five for each of the four main UK-wide parties (mobile viewers may want to turn their phones to landscape to see the full table):

Among all other parties the custard cream wins out, while independent candidates prefer the ginger nut.

However, one thing all parties agree on is the love of chocolate: over two thirds of candidates mention it in their answer.

But which biscuit did the public elect? Among winning candidates on 6 May, the chocolate digestive was the most popular option, followed by the chocolate hobnob and custard cream.

Further analysis, produced separately by House of Commons Library researcher Georgina Sturge, suggests the bourbon was the preferred choice among all candidates on the day.

Want to see the biscuit data for yourself? Download our candidate csv.

Now we’ve got your attention, a word about UK election information.

1,488 candidates may sound like a lot, but over 18,000 stood for election on 6 May in England alone. The vast majority of candidates have not provided a biscuit preference, or any other information about themselves.

This National Biscuit Day, Democracy Club is calling for political parties and candidates to commit to improving their online presence.

Many candidates who stand for election in the UK have little or no meaningful online presence. For example, Democracy Club’s volunteers were able to source an email address for only 22% of this May’s English local election candidates. Our user feedback shows that voters feel frustrated and disillusioned when asked to choose from candidates about whom they know nothing.

In particular, we would like to see parties compile and publish accessible information on each of their candidates: offering, for example, each candidate a webpage where they can set out their views on local and national issues (and biscuits!), as well as providing each with a personal email address for communicating with voters. Social media accounts should not be regarded as sufficient: we regularly receive complaints from people who are not on Facebook or Twitter, and therefore can’t access politician’s accounts on these platforms.

Many local parties already maintain websites, but coverage is patchy and inconsistent, with ‘safe seats’ especially poorly served. Furthermore, few keep this information online over the long-term, meaning that Democracy Club must start its information collection afresh for each election, even if the same candidates are standing.

This is a small ask, but it could have enormous benefits in terms of voter engagement and accessibility. In spite of assumptions about voter apathy, we know that most UK voters do care about politics, but feel that it is inaccessible for them.

here are some typical feedback examples from the hundreds we receive from voters each year:

“So frustrating that there is so little information available on the local councillors. I want to know who I’m voting for, not just the party they’re representing.”

“Trying to find out the proposals for each of the candidates standing for election in Kingsteignton Devon. How can I vote if I don’t know what they are fighting for?”

“Favourite biscuits for all candidates???”