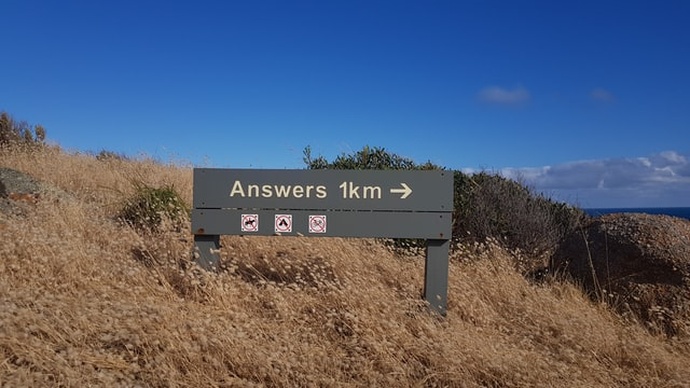 Just what we always suspected: we’re the best.

Our database processed 1.9 Million postcode searches across the week of the local elections this year. A whopping success for us, but how was it for our users? Here’s what we found.

We asked all our users of both WhereDoIVote.co.uk (WDIV) and WhoCanIVoteFor.co.uk (WCIVF) two questions: “Did you find what you were looking for?” and - for the first time - “Has this information made you more likely to vote?” These questions were also accompanied by an open comment section. The feedback here was collected from the week of the election (00:00 Monday 2 May to 22:00 Thursday 5 May).

Here’s what they said:

A total of 3,093 users of WCIVF filled out our feedback form.

Taking a look at responses to “did you find what you were looking for?” in relation to those we received throughout the week of previous elections, it’s clear that satisfaction is on the rise for users of WCIVF and that it has remained consistent for WDIV.

What’s also clear is that there is a significant difference in WDIV user satisfaction compared to WCIVF. People love polling stations, but candidates? … not quite as much…

The feedback comments reveal two patterns which explain this. The first pattern reflects a desire among website users for more candidate information to be displayed on WCIVF. Such examples include:

“The information I’d most like is each candidate’s Twitter page (if they have one). That’s probably the most useful way to learn about them beyond just the party line.”

“Would have been good to have statements from all candidates, and some of the links to the manifestos did not work. That’s not your fault obviously, just something to be aware of.”

“Really need more data here, often there is nothing more than a name and link to a party website. Need ways to compare candidates on their policies and past actions.”

The second pattern highlights that the content of WCIVF, unsurprisingly, appears to be more polarizing than that of WDIV. Many dissatisfied feedback responses referred not to WCIVF itself but to the choice of local candidates and UK democracy more widely. These themes are highlighted clearly in the examples below:

“I was hoping for an alternative. All the above parties have supported draconian and largely useless policies on Covid and ignored centuries of constitutional advancement. All of them believe that the solution to the World’s problem is more government.”

“Voting matters. I will turn up to spoil my ballot. I have no faith in the current system.”

These themes are recurrent in the feedback we received from WCIVF and are helpful in allowing us to understand why satisfaction levels are different between the candidate lookup and polling station finder, which triggers less emotive responses.

Getting the vote out!

Some examples of this feedback includes:

“I will always vote but think this is a great resource, than you.”

“I said “no” to more likely to vote because I ALWAYS vote.”

“I always vote but your information makes it easier before I go knowing my options. Thank you very much”

Looking more broadly the feedback was hugely positive, especially for WDIV, which saved many a pointless trip to old out-of-use polling stations and averted any missing polling card chaos.

Here’s some of the positive feedback we received:

Where Do I Vote?

“For the first time, I didn’t receive a polling card so I wouldn’t have known where to check this info otherwise”

“Was going to vote anyway but lost my card and the letter I kept didn’t tell me where my polling station was!”

“I would have gone to the wrong polling station otherwise”

“My polling station has moved if I hadn’t read this I wouldn’t have known.”

Who Can I Vote For?

“This has helped me get more acquainted with the local candidates and helped me decide who to vote for. Thank you!’’

“I always vote, just wanted confirmation of who the candidates were in my area - so this was very useful as the paper literature sent out was confusing. Thanks!’’

This feedback was also accompanied by comments celebrating the simplicity and user friendly nature of our websites.

“Quick, simple and to the point with no extra faff. Just what was wanted.”

“Very simple and clean. Thank you”

In a world where finding candidate and polling station data is difficult and confusing, it’s clear that voters want simple and easy!

Who Can I Vote For? nation breakdown

We also took a look at our WCIVF feedback broken down by UK nation. Here’s what we found:

Scotland reported a significantly higher level of satisfaction in comparison to the whole of the UK. On analysis of the comments, the three leading causes of dissatisfaction in Scotland can be split into three groups: wants more information (21%), dissatisfaction with representatives or democratic system (19%), and feeling that there had been a lack of local campaigning efforts, e.g. received no campaign leaflets (8%). The remaining 52% of comments were complementary of the services.

Throughout the same time period Northern Ireland reported the highest level of user satisfaction across the four nations. Unsurprisingly, with such high satisfaction rates there was little negative feedback among users. Of those that left comments, 22% were looking for more information, 22% were complementary of WCIVF, 16% were unhappy with the choice of their candidates, and the remaining 39% of comments were unrelated to WCIVF.

Wales reported the lowest satisfaction scores of any of the four nations. Again, analysis of the comment section reflects the recurrent themes across the feedback, that users were unhappy with a general lack of wider candidate information and the choice of candidates, rather than with WhoCanIVoteFor.co.uk itself. Of the 74 feedback comments received between Monday and Friday on the week of the election, 27% complained that their ballot paper provided insufficient choice, 22% complained about the lack of information on candidates themselves, and a further 24% reported disappointment with what they felt had been a lack of local campaigning efforts, e.g. received no campaign leaflets, the remaining answers were complementary, or reflected anger or favouritism towards political parties.

England’s responses sit close to the UK’s average level of user satisfaction and come in third, for levels of user satisfaction. 675 comments were left from users in England, 32% wanted more information and 10% were unhappy with the choice of candidates.

Ultimately, feedback was largely positive across all four nations in regards to WCIVF as a platform, though as discussed above users everywhere were hoping for more information on their candidates. Where users expressed particular disappointment however, was with a wider lack of electoral information, especially through a lack of campaigning on a local level, and with choice of candidates available to them. Notably, these trends were more true of England, Scotland and Wales than they were of Northern Ireland, who were at large, most satisfied in their responses - presumably due tot he fact that all main parties contested all constituencies in the Assembly Elections, and with fewer candidates involved we were able to provide a better level of information coverage.

We saw this lack of information reflected in our feedback comments. Some comments reflected not only a lack of readily available candidate information but also a general lack of understanding in regards to the electoral process and the elections taking place in local areas. This can be seen most clearly in the feedback we received from users in Bristol. Many comments reflected users’ disappointment at there being no candidate information available on WCIVF, despite there being no local election being held in Bristol this year, but rather a Bristol City Council referendum. Examples of this feedback include:

“The site is called Who can I vote for? that information isn’t here?”

“Struggling to find any information whatsoever about the candidates. Nothing through the letterbox, nothing online. I don’t use social media.”

“Someone must be standing in my area. Your website is incomplete.”

What is clear on review of the responses as a whole here, is that across the four nations and even with access to WCIVF, candidate information is more limited than voters want it to be and there is general disillusionment with choice of candidates available. The people want information and choice!

Where else do people get their information from?

We also ask which other sources users had looked at to find candidate related information. Here are the most common answers (excluding those who left the field blank):

More than any other answers, users told us they had accessed no other sources, making WCIVF their first port of call for election information!