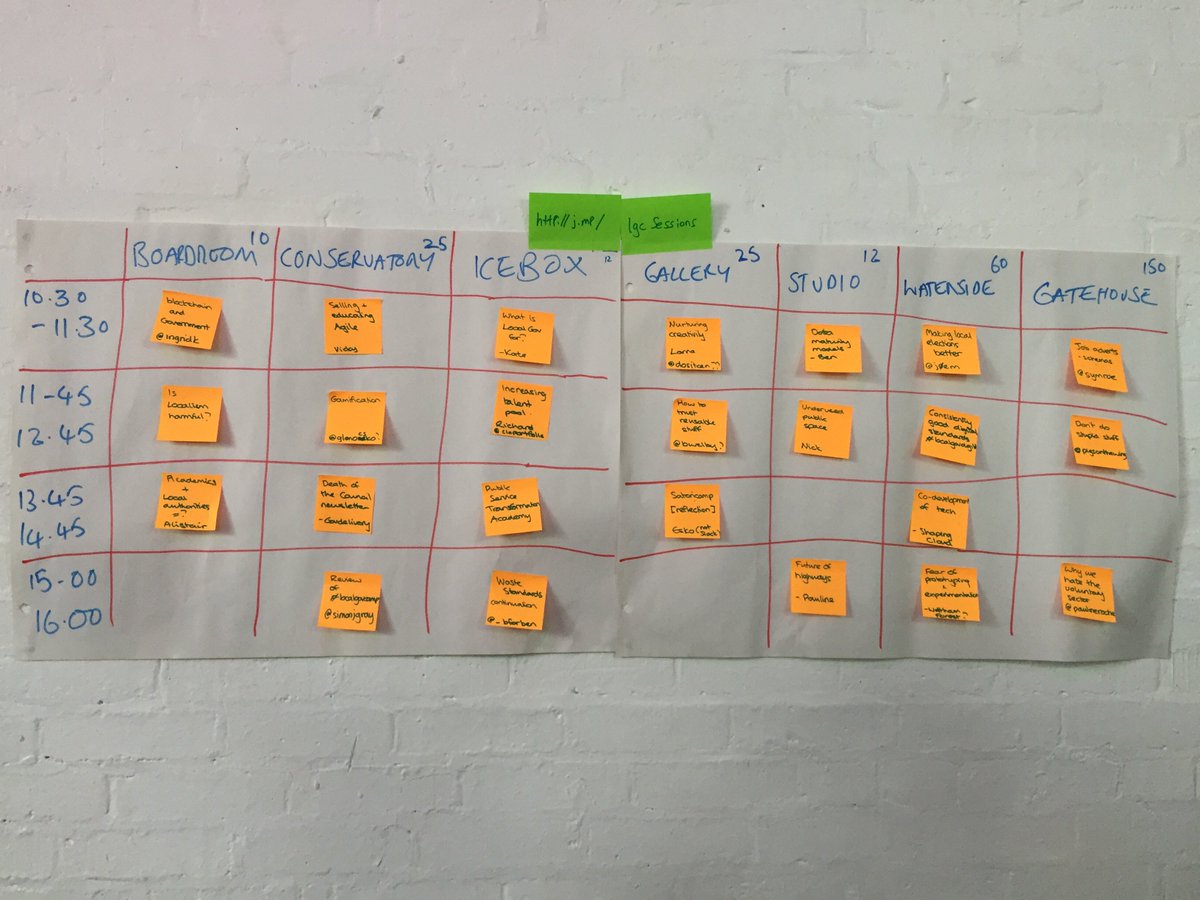 In this week’s blog we review: what went down when we asked a group of local government staff and supporters how to make local elections better; what happens when we take all the data we have on estimates of London’s voter registration and stick it on a map; and we won’t be saying much (okay, maybe a bit) about the Online Voter Registration Incident.

All democracy is local

We pitched a session at LocalGovCamp in sunny Birmingham last weekend. This is a big group of people who get together on a summer Saturday (and travel from far and wide to do so) to passionately discuss all things local government. Particularly, making it work better. It’s impressive.

“Does anyone fancy chatting about how to make local elections (or democracy more broadly) a bit better?”

And people came to the session, which was nice. Everyone in the room had probably had some experience of the 5 May extravaganza, or Super Thursday, as nobody called it, and we were keen to grab any thoughts they’d had following the elections, or as we look towards May 2017.

Warning: we only had 50 minutes or so, which — it turns out — isn’t enough time to save democracy. But! It was enough time to bounce around some interesting questions and a couple of ideas:

One person put forward the idea that actually none of this stuff can make a huge difference unless there’s better local media (there’s been a decline of local reporting of politics, and hyperlocal sites should be supported) — and until there’s electoral reform away from First Past The Post. The Scottish local elections (and Welsh?) already use the Single Transferable Vote system, so perhaps electoral reform in England could also begin at the local level? It was interesting to note that on 5 May, everyone in the UK experienced a non-FPTP election, typically when ‘second preference’ voting for Police & Crime Commissioners or London Mayor.

Someone else pointed out that the existing system works well for the big parties, even if councillors themselves don’t always feel well supported by their national party. Several folks agreed that national swings do affect local elections, and brilliant councillors can lose their seats because of a downturn in support for their party at the national level. If this is to be disrupted, then a sense that the election is unpredictable needs to be created.

One person asked whether elections are really the council’s responsibility, or whether it’s for candidates and parties to make them ‘better’. Others argued that elections are another service run by councils and should have high service standards.

This all led us to a couple of experimental ideas - and then questions about what the statutory requirements are:

With increased devolutionary powers, someone mentioned the idea that a particularly daring unitary council might be able to do some democratic experimentation. Or perhaps new rules could be tested at the town or parish council level first.

We left with some research actions for anyone to take on:

For its part, Democracy Club suggested we could quiz candidates (we’ve got lots of their emails) on their experience, and how they think it could be improved. We also must do some user research into elections (not that everyone we meet doesn’t volunteer their opinions within about 60 seconds of hearing what we do).

So thanks to all who came to the session - and see you next year!

If you’ve read about our experiments with social norming of voter registration, you’ll know we have a lot of data for London. Previously we’d shown you by ward-level how many people had registered in your area. Now Sym, cunning devil, has added an extra layer of detail. You can have a click around here.

It’s not often that democratic infrastructure makes the top of the news bulletins, but when gov.uk/register-to-vote went down on Tuesday night, hours before the deadline to be registered to vote in the EU Referendum, it topped the Today programme the next morning.

Ignoring the dull ‘well you should have done it earlier’ argument (erm, no, if you say it’s a deadline, then I’m going to work to that deadline), we’ve got some thoughts about this.

A full blog post to follow, but it might critique the idea of centralising a service that is decentralised. It’s electoral registration officers in every local government are responsible for voter registration; the GOV.UK site, run by central government via the Cabinet Office, is a front-end that feeds data to those officers. This creates issues, not only from the increased risk of something centralised falling over at a point of high demand, but by removing the power of local gov to offer their own better services (like for example, the service of being able to check whether you’re registered, which could save councils from dealing with repeat applications). There’s also an interesting constitutional question about whether the Cabinet Office should be taking on the role they do for voter registration… But more to come!

Next week we’ll be importing lots of polling station data across London and renaming the site and refreshing the design. We’re still on the lookout for a user researcher to come do some guerrilla testing of the site: please spread the word!

In terms of data, we’ve had a mostly good response, but alas, there are some councils that have said they can’t or don’t have time to provide data. Here’s the breakdown at lunchtime on Friday 10 June:

Refused (saying ‘it’s too time-consuming’ or ‘we don’t have the data’): Bromley, Harrow, Havering.