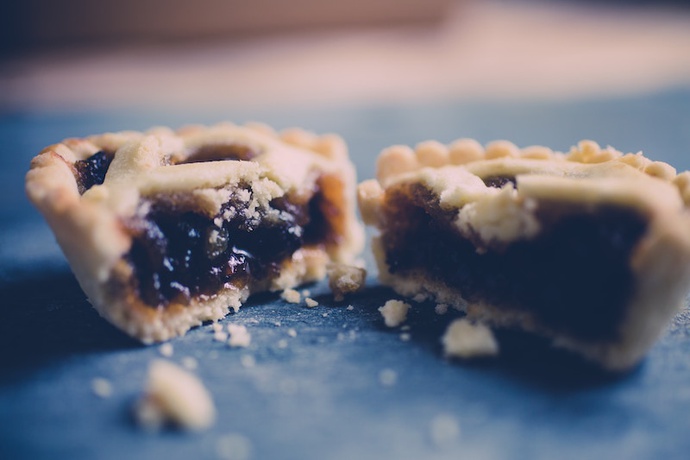 In this mince-pie-fuelled blog, we review our progress against our annual goals, report back from our board meeting and suggest the perfect gift for the democracy lover in your life.

Roughly six months ago, we set ourselves some goals for the year up to June 2019. These were sketched by Sym, Chris and Joe, we popped them up in draft for any comments, then we sort-of finalised them in this handy one-sheet-PDF.

It’s about time to review those goals.

It might be a little early to attempt to analyse whether we’ve had any ‘societal change’ outcomes, such as meeting expectations as to access to information, citizens feeling better informed, greater trust in democracy, and so on. In the long-run, of course, we should be tracking these and attempting to work out whether we improved them.

Intermediate outcomes are more measurable. Let’s take them one by one.

In the event of a general election, help 10m people gain knowledge about the election

Well, it hasn’t happened yet, but we have done some thinking about funding and freelancers. We don’t quite have a list of people to go to yet, so if that’s you, get in touch.

After umpteen meetings with BBC News folks, we are a bit closer to meeting this goal. Sort of. Ideally, we were hoping that the BBC would build a BBC-ish polling location finder widget powered by our API. Then users wouldn’t have to leave the BBC site to get what they wanted. We’ve recently heard that this is unlikely, but that Auntie plans to link to Where Do I Vote? instead.

We were also rather hoping that the BBC would be able to contribute to the cost of the finder. Given that they have a budget of £3.9bn, are spending £80m+ on building a set for EastEnders, and that informing citizens seems like the whole point of the BBC, this didn’t seem unreasonable. Reader, the BBC thought it seemed unreasonable.

We’ll keep you up-to-date with how we get on.

Better use of volunteer time; more diverse volunteer-base, and more data, resulting in a five-percentage-point increase in satisfaction at WhoCanIVoteFor.co.uk

This is partly about making changes and improvements to the candidates crowdsourcer, something we’ve been working on for a while. Coming soon: front end changes that will hopefully make it easier and quicker to add more data, which will be reflected in more information on ‘Who Can I Vote For?’. (Side note: we’ve also been hearing that some local authorities are mentioning Who in their guidance to candidates, which could lead to many more candidates writing statements or adding details, thus improving the user feedback.)

Democracy Club’s volunteers are amazing, quietly adding data throughout the year. We’ve perhaps worried overly about the representativeness of this group — but we’ll still keep ensuring that we spread the word wide about our #SOPNDay events and other activities. Potential partnerships with organisations pursuing greater representation of women, ethnic minorities and people with disabilities might help us achieve this.

The BBC would certainly help get us over this line. But we need to step up conversations with everyone else. Facebook and Google might be unlikely (they don’t get out of bed for less than a general election), but we can still try! More positively, we’ve had some chats with Reach PLC (formerly Trinity Mirror) about partnering across their various sites. We’re also chatting with an agency about producing an ‘Election Everything’ widget.

This looks good from afar — it’ll be a big task, but we’ve heard lots of positive noises from electoral offices already. Our relationship with The Electoral Commission is strong and we’re looking forward to meeting, next week, a new member of the commission’s staff who’ll be helping us with this project.

10,000 reminders sent for May elections, 20% survey respondents say they wouldn’t have voted without it

We’ve had a volunteer look into reminders and their effects — they couldn’t find any existing research on the UK’s experience of these. There’s a little more in the USA. We might not actually get to running new reminders (aside from those people that have already signed up on our sites), but we still aim to do some research into what’s already happening in local authorities and start some conversations about how to design trials.

Better public understanding of Democracy Club [still need some proxy to measure for this!] and: 15,000 on mailing list; 500 people add data to any product (or 1,000 in event of snap GE); 75 monthly donors; more reflective-of-UK group of people volunteering for democracy

One of the big things we’ve been working with the board to do is to rejig our vision and mission, more on which below. We’ll add to these some values and try to shout about them a bit more — hopefully they’ll give the board and members a clearer way to communicate to their networks too. Talking of members, we’ve had a volunteer work up a survey to learn more about members and we’ll try to recreate a ‘membership offer’ and raise more regular donations soon too. More on fundraising below.

Help improve other institutions working on democratic engagement in the UK

We had the idea that we’d write a report and run an event on the future of The Electoral Commission and on voter information. We’ve not achieved that yet, and it might be hard to get it done before May, but it’s an important question that other folks are also asking. We’ve been inputting via informal conversations and sharing our favourite reading on digital transformation with hopefully the right people. We also wanted to do something bigger on ‘what does good digital democracy look like’ — something co-created with all democratic stakeholders (that’s, er, everyone then). This looks most likely to happen at an event we’re thinking about for next Autumn. More to come.

The first step here was to produce this report on groups underrepresented in the elections process. It’s in draft, so please add thoughts to it. Has it made us more aware of the issues facing such groups? Hopefully. We’ll be revisiting the report in the new year and it’ll help guide our plans for the future.

The first step here was to run a ‘discovery’ process, which we did during October’s local democracy week. We wrote a series of blog posts about it.

As for what’s next, it’s unlikely that we’ll find any time to work on this in the first half of 2019, but our friends at mySociety might do…

We had our last board meeting of our financial year on Weds. We nibbled mince pies and discussed our funding situation: pretty good for at least 18 months if we just carry on as normal — not a bad runway at all. But! We want to do better than normal, and we’ve not raised enough to support a dream core team, so we’ll need to take some decisions over what we do next. Views on priorities very welcome.

We then largely approved the following vision and mission statements, which we’ll mention in a newsletter to everyone on the mailing list soon and see if there are any thoughts or issues. We’ll then test it against a year’s activity and revisit in Dec 2019 to see if it worked.

Our vision is of a country with the digital foundations to support everyone’s participation in democratic life.

Our mission is to create those foundations by:

We also chatted about readiness for a snap election or another referendum. The tool that works in both cases is Where Do I Vote? and we need to be ready to deal with 390 local authorities sending us data. In that case we’ll need to quickly scale up the team. Sym wrote a post about this a while ago.

…is you(r donations). Is there someone in your life who’s sad that there wasn’t a general election in 2018? Cheer them up by donating £3/month on their behalf to support a polling station in need. We can even arrange for Father Christmas to send them some festive* Democracy Club stickers (if you get in touch with us). But seriously now, democracy might get a bit busy in 2019, so please do set up a monthly donation!

Christmas by-elections! Let’s make voters’ wishes come true and track down some information on these candidates standing on the 20th.

Meanwhile, we continue to do lots of upgrading of software, get more organisational basics in order (a funding policy, plans for some more public activities next year) and plot how to convince the state to do this stuff.

*definitions of festive may vary