It’s the end of week five. We’re live from Huddersfield, the birthplace of Harold Wilson, who truly was a big fan of Democracy Club. 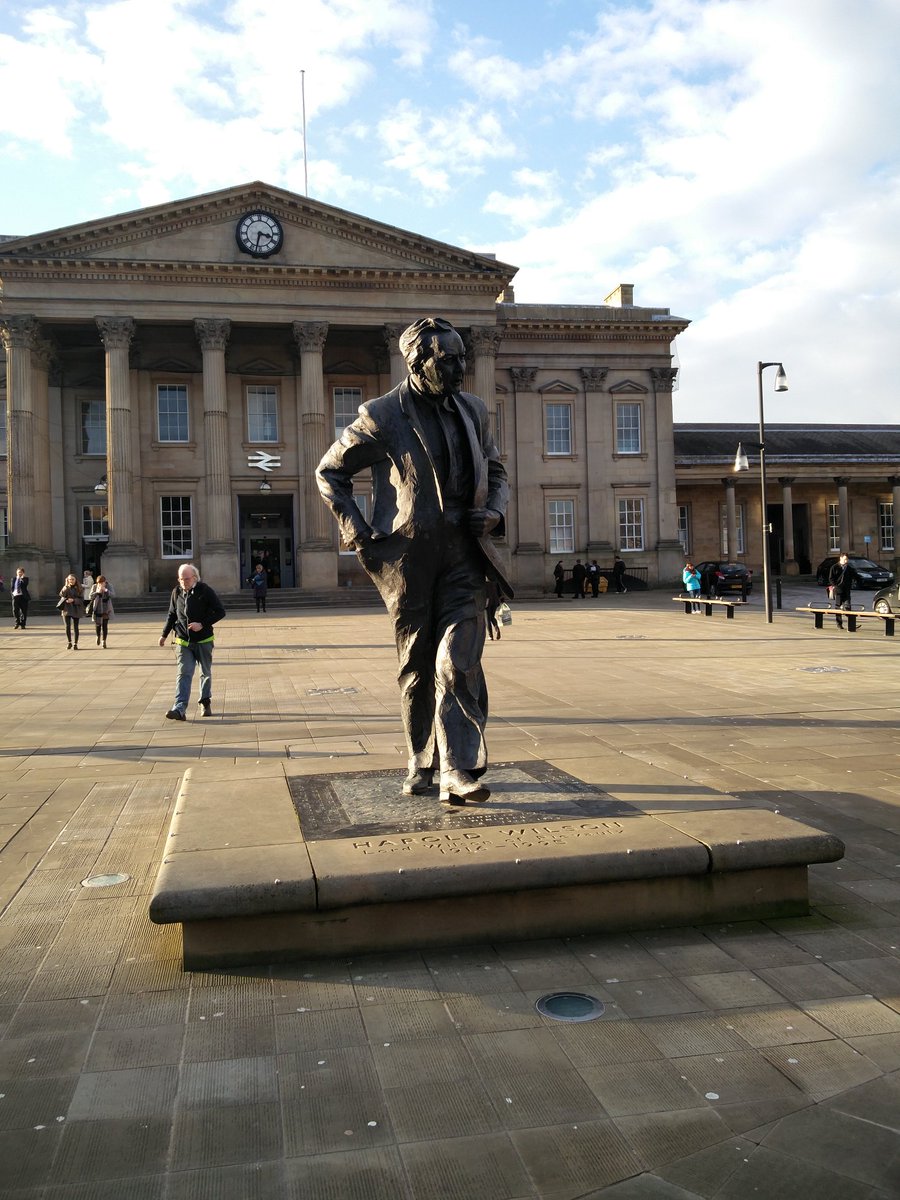 We’re not in Westminster anymore

We started the week in the UK Parliament, hearing what’s happened one year on from Speaker Bercow’s Digital Democracy Commission Report. We’re finishing the week in glorious Yorkshire at LocalMakerDay and NotWestminster - two days that bring together folks with an interest in local democracy to see if they can hack something together to make democracy better. Follow the day’s updates at #notwestminster.

We’re gradually getting an understanding of every election being held across England’s local authorities. Our “EveryElection” tool is really quite fun, promise. It’s easiest if you call the council. But if they’re closed, or you can’t find the right person, we’ve found that you can sometimes work out which wards have elections by going to the page of councillors, clicking through to each councillor’s page, and if you’re lucky there’s an ‘end-of-term’ date. If it’s 2016, we know there’s an election in that ward this May. Who said Democracy Club wasn’t the most fun you could have on a Friday afternoon?

Everyone asks us “What are you doing for the EU Referendum?” And we don’t have an answer. So we asked anyone who fancied it - and who wouldn’t? - to come together in Bethnal Green on a rainy Monday evening to talk about it. Full(ish) notes from the evening are here. It was helpful for quickly moving to ‘what is the goal of anything we do here?’ Which we need to answer. But some starters:

Tweet us any other suggestions. When we can magic more time, we’ll try to develop some of these - and work out who might fund something interesting. The time between the May elections and the referendum might not be huge, but that’ll play to our rapid prototyping strengths!

Wales, You Are Really Spoiling Us

More polling station data from pals in Wales - this time the good people of Denbighshire. We think this brings us to five or six councils of 22 across Wales. Are you reading this while working in another council in Wales? Get in touch! Or ask your peers in Denbighshire how they did it!

We’re chatting soon with London Elects (run out of the Greater London Assembly) about their efforts to create a polling station finder - and hoping to convince them to open their data. (Or rather, convince each London council to open their data).

This week we’ve also joined a mini-coalition of organisations thinking about how to produce open election results data. Which is one of those things people already think exists. Right now, a whole group of different organisations all separately go about collecting the data. There must be a better way! Friends at Parliamentary Digital Service, Cabinet Office, Local Government Association and Local Government Information Unit are going to join us in Somerset House for a meeting next month. And solutions shall be found. Because that’s what we do.

Even if every council published their data for democracy in an open way online, we’d still need a way to (automatically) find it. One easy way to solve this might be to create a register of services on every government website - which wouldn’t have to be just for elections data. Get reading this best-selling blogpost for more.

When we joined BGV, we were pretty up-front about having no business model. We have flailed around trying to find one for a few weeks. There are some great ideas in here, and we’re going to pursue them to the extent that time allows (and it might be that they have to be parked until after May or the EU referendum). But we’re also gradually coming to terms with the idea that actually, we just need to keep doing what we’re passionate about doing. Funding will follow. We should read more Ellen Meiksins Wood, but it would seem that the traditional startup route of trying to sell equity in something with mega user growth (sorry, ‘traction’) so that people can make money through an exit in 5-7 years, probably isn’t the correct route for a democratic engagement project. It might help scale, but at some point those investors are going to want a return, and that’s when you break democracy.

So let’s keep doing what we’re doing. We’re going to try to more cleanly separate out the themes of work that have all so far come under the ‘Democracy Club’ banner, in order to make it easier for people to get what we do (and because we’ve always kind of just done things that are interesting, we’ve got a bit messy). These are likely to involve more clearly defining - in our heads at first, then hopefully in the way we publicly communicate the projects:

Each of these will have clearly defined problems-they’re-trying-solve, calls to action, funding models, and social goals (and, in the long-term, varied org structures). More to come on this.