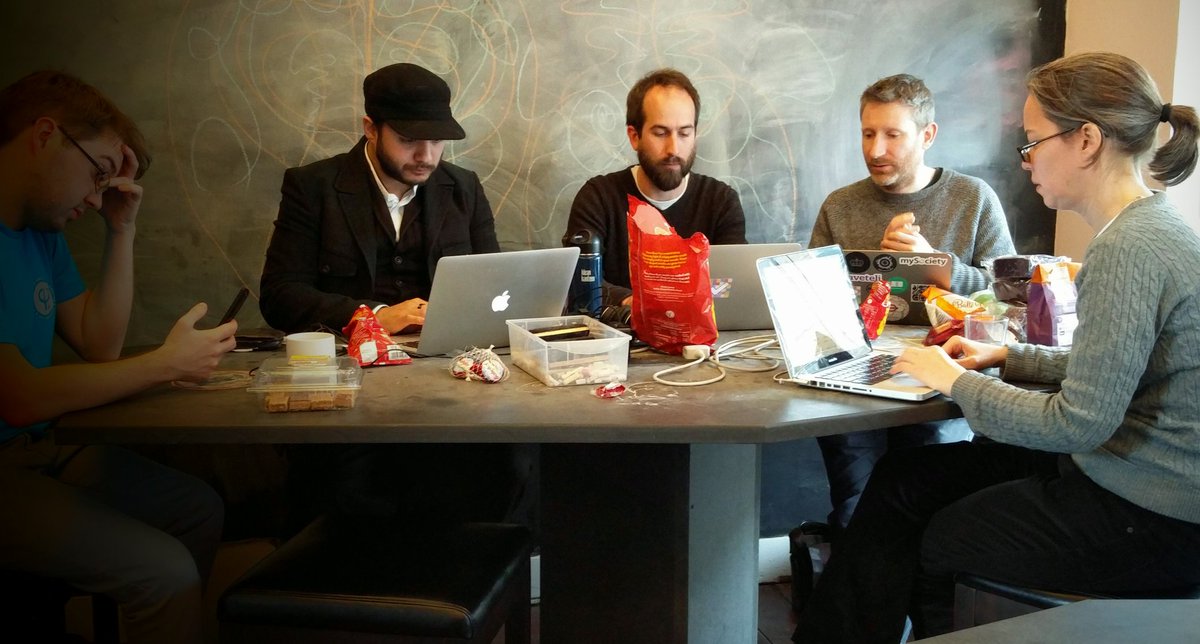 Did someone say Thursday 5 May?

It seems an epoch ago, but last Saturday, a group of brilliant folks came together at Newspeak House to break the back of the candidates crowdsourcing project. Through their heroic efforts — joined throughout the day by several remote-working heroes, and folks just adding bits and pieces of data here and there — we are going great guns.

Extraordinarily, we might reach what seemed an impossible target at the time: we might actually get every candidate standing on 5 May.

We think that’s probably a UK first for this many election candidates. Certainly for locals - has anyone ever had access to such a list of candidates across the UK before?

The leaderboard on Monday. It seemed impossible that anyone would catch JeniT, but j4 and duncanparkes are now locked in a titanic struggle to top the week! Magnificent stuff!

We’ve still got loads to do - so we’re mobilising the mailing list, giving everyone a specific mission to complete a ward or constituency. Many hands make democracy work, so who knows? If we do well, we could be wrapping the data up by next week!

Of course, that’s all very nice, but to have any social impact we need to turn this data into information for people. So it’s exciting that the data is now powering at least two websites that we know of. First, Democratic Dashboard, a project of the LSE. Second, our own WhoCanIVoteFor, which 10k people have used so far, and is being tweaked every day. Test it out, let us know what you think.

Google won’t be doing their little search widget this time around — they’re focusing on some big election in November (I know, bigger than Birstall and Birkenshaw? Odd.) — but we can build the best tool we can and hope that we have the Googlejuice to appear high up when anyone searches about the elections.

CALL TO ACTION BIT! If you know people in news media, please tell them about the data! Would be great to get this onto one of the big news websites.

We’re still hiding in the basement of Somerset House — we’ve a few days left before they kick us out like the homeless democracy bums we are. Excitingly though, we’ve been joined by Chris Lamb to build the results recorder we’re trialling in May, with friends at LGiU.

We’re still looking for crazy volunteer data-wombles ((C) Janet McK) to help us out on the night (or rather, the morning) - sign up as a Count Correspondent if you’re up for tracking the results!

While our heads are now entirely full of 5 May panic, we did manage to squeeze a couple of hours of longer term planning in this week. One of our BGV cohort, Martin (him off Plexus), did a great session with us on branding and identity. As a result of his questions, we’ve mapped the four things we do into brandable chunks:

Joe was pretty, pretty happy that all of these things were four letters… and that might lead to some branding fun too. Each of these areas should link to the bigger Democracy Club whole, but should also have their own identities. It should be obvious when you’re using a Labs product or service - and we should help you understand that things might break or not work fully. If you’re using an Apps service (like YourNextMP last year) then it should look and feel trustworthy, credible. And so on.

Because Martin’s a superstar, he’s going to go away and do some pro bono thinking and come back to us with some ideas, which we’ll share later. (He’s just become a dad for the second time, so we might give him some time..).

But stimulus material is most welcome. If you’ve got suggestions for what Democracy Club should look and feel like, in all its iterations, let us know! We’ll pass it on.

More of the same! Let’s get those candidates in. And let’s eat our body weight in Fernandez & Wells soup before we get frogmarched out of the House.