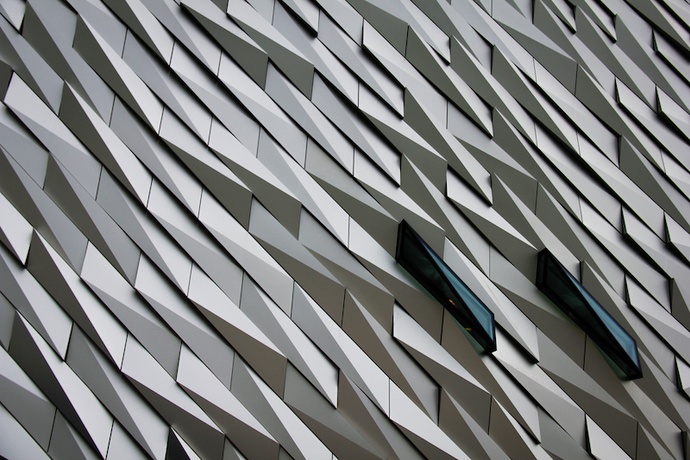 Photo: It was a Titanic election… Sorry.

It’s the day-after-the-election-before in Northern Ireland, we’ve an update on election boundaries, you might have noticed the blog’s looking a little fancier, and we’re eagerly awaiting the official lists of City of London election candidates.

…to an impressive degree: the news this morning suggests turnout is above 60% — the highest in a decade. Interestingly, turnout is reported at three stages during election day in Northern Ireland. If you followed the hashtag on twitter, you could watch individual polling stations publish their turnout on posters, which people then photographed and shared. It’s a lovely opportunity for some crowdsourcing and a leaderboard of polling places. Does anyone know if this can happen in the rest of the UK?

Thanks to the work of some top volunteers in Northern Ireland (shout out to Bob especially!) we’ve long had all the candidate data for yesterday’s Assembly elections, which came just ten months after the last election.

We had a pretty good layer of information on top of candidate names: photographs for around 60-70% of the candidates; a good array of social media links. But we didn’t get a huge amount of traffic over the past week — just over 10,000 unique users. This might be because there were only 228 candidates for 90 seats in 18 constituencies, and with good local news coverage (e.g. Joe liked these mini-bios in the Belfast Telegraph), maybe voters had the information they needed from elsewhere. We’ll read through any feedback we got on WhoCanIVoteFor and relay it here.

Follow electionsni.org or @electionsNI for results as they come through today and tomorrow.

Last week we blogged that Ordnance Survey was like a certain fire-breathing dragon from a Tolkien trilogy, sitting on mounds of data, ruining it for everyone else. Their press office responded in the comments of the blog to say that:

“During March 2017 OS will be releasing data for the forthcoming local election boundary polygons as defined by the LGBCs. This open dataset will be made available via the OS website.”

This is good news, even if in direct contradiction to what their Freedom of Information team had said earlier. Hmm. Watch this space. In future, we hope to see the local government boundary commissions publish boundary data on their websites as they produce it.

Did you notice how swell the blog is looking today? And perhaps something different about the logo? We’re gradually making the website look a bit funkier. Expect big sweaty calls-to-action on the homepage soon. And a more enticing donate page. :) Many thanks to Martin at MA for tuning us up.

Next time on democracy…

Over the next 24 hours there’ll be results in from Northern Ireland — we’ll be updating the candidates database with a record of who won.

The City of London is due to publish Statements of Persons Nominated for its local elections on 23 March. The more we learn about elections in the City, the more fun stuff we find out. Watch out for a Buzzfeed-style “Five Things You Won’t Believe About Elections In The City” article coming soon. Features wardmotes. And mead.

Once it’s published (we’ll tweet about it), that City of London SOPN will mean that there are lots of points up for grabs on the crowdsourcing leaderboard, for anyone wanting to catch Huw:

Ha! I'm no 5 on @democlub #democracyheroes wall of fame! Send me details of candidates in Conwy/Gwynedd elections and help me stay there pic.twitter.com/2GY8ATlnSg

And of course, we’re still crowdsourcing details of local election candidates for this May, and continuing to nudge councils for polling locations. We’re at about 65 councils now — a bit more than 20%. We can do better, Britain.

Lastly, we’re now about halfway between the start of the year and the May elections, so we’ll be reviewing our plan of action — we’ll report on progress next week.