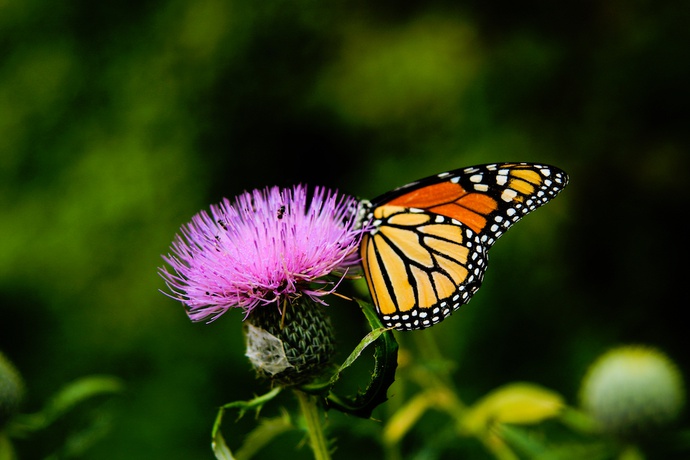 You could be this butterfly, collecting the sweet data nectar from the thistle of local Scottish government PDFs. Sorry.

This week: the race is on to get all the data on Scottish candidates, we look at mayoral campaign expenses and — in case you don’t get enough of us already — open Google Hangouts are back, starting next Weds at 6pm.

Official lists of candidates for local elections in Scotland were published on Wednesday. Well, most of them were… a few councils waited until Thursday. But we won’t name names.

Top volunteering efforts mean that we’d found them all and imported them into our system by around 5pm yesterday. And now the ‘bulk adding’ of candidate data has commenced!

We’ve got 355 wards to do. At lunch on Friday, 78 have been entered and 42 of those have been double-checked.

So take five minutes now and get those progress bars moving!

We’d love to get all candidates in by next Wednesday evening, which is when the nomination papers for England and Wales will be published. You too could challenge for this leaderboard!

What does it cost to run for Mayor?

You probably know that you’d need a £500 deposit to stand for parliament. You might not know that to stand in the upcoming combined authority mayoral elections, you’d need a deposit of a cool £5,000.

To be competitive, assume you’d also need to raise money to spend on the campaign. One way to guesstimate how much it all costs is to consider that the most successful candidates are likely to raise as much as they can, as limited by the law. (Er, not mentioning any spending over the limits.)

Fred Bann, a tireless Democracy Club volunteer, has taken a look at the expense limits which vary across every mayoral election this May:

The formula for the spending limit is slightly different for these elections:
(£2,362 x no. of Local Authorities) + 5.9p per person on electoral roll.

This means where fewer/larger authorities come together, the deposit is equivalent to a larger proportion of the overall spend.

The election address booklet is another area of expense to consider, but this is optional. Authorities are allowed to levy a contribution towards the printing of the booklet, but NOT the distribution (via Royal Mail).

For May’s elections, only two of the Returning Officers have published the actual expenses limit, so I’ve had to estimate based on the Boundary Commission’s review electorates from December 2015 +3% avg increase.

For a mayoral candidate in the smallest area, the deposit itself is equivalent to over 12% of the limit and the maximum spend works out at c.7-8p per person on the electoral roll. Compare that to parliamentary candidates where the deposit is equivalent to 4-5% of the limit and the maximum local spend works out at c.15p/person on roll.

Democracy Club is keen to think more about campaign finance, expenditure and reporting…get in touch if you have ideas for what we should do in this space.

Work in the open

Last year, or maybe the year before last, or maybe both, we did some open meetings via Google Hangouts. We’re starting again this year at 6pm, Weds 5 April (There Will Be SOPNs) and then every Weds up to the election on 4 May. Drop in if you have questions, comments, want to volunteer but would like to do so with others…or just to say hello.

Here’s the event you can put in your calendar.

We’re excited to hear of the plans by Cycling UK to help find candidate data so that they can use it for their advocacy strategy for May. We’ve been chatting to the NUS chapters, the TUC, Friends of the Earth about reusing the data in smart ways to increase engagement between voters and candidates before election day. This is why we do what we do — better data infrastructure benefits everyone — so don’t be shy, get in touch!

A first giant data import has taken place into the polling station finder and another is lined up for Monday. It’s good to hear from lots of council staff itching to see their data online!

Official candidate lists will be published for England and Wales — we’ll need your help to find them and get the data.