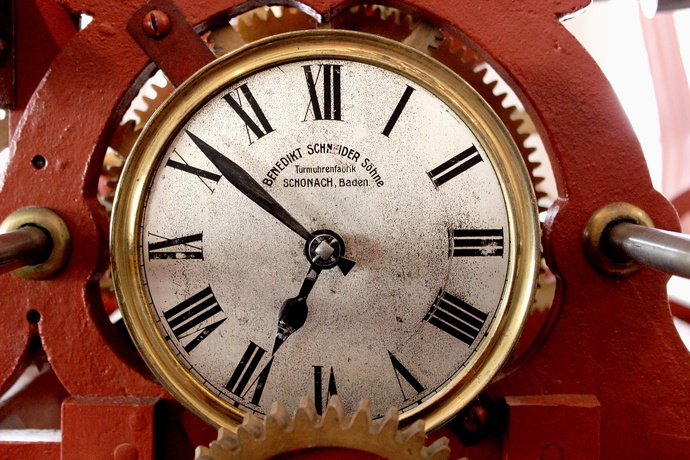 Next Thursday, millions of UK voters will go to the polls. Every council seat is up for grabs in Wales and Scotland, and there are hundreds of seats open across England too. A handful of areas will elect their first mayor for their new combined authority — and two, say hello Doncaster, and North Tyneside, will elect a council mayor.

Got that? Please share WhoCanIVoteFor.co.uk with your friends and family! Give people at least a fighting chance of knowing who and what they’re voting for.

What else happened this week?

The amazing volunteers of Democracy Club have now made it through all 3,000 nomination papers, for the second time, to confirm the 16,000 candidates standing for election next Thursday. A couple of errors snuck through the double-checking, which meant our accuracy rate fell to 99.9875% for a moment, but these errors were immediately corrected — which is the benefit of sharing one common, open dataset. If we get time, we’ll run a little press-friendly analysis on the 16,000 and see if we can get ourselves a mention in some regional papers.

Every general election candidate, so far… 🕵

The democracrowd has also been busy finding 750 general election candidates that have been announced. Help us out: every time you see a mention of a candidate, check that we’ve marked them as standing in the candidates database. As always, we’re also looking photos, social profiles, wikipedia pages, websites…

All of these GE2017 candidates are, of course, prospective ones. Candidacy can only be confirmed once the local authority has approved the nomination papers and published the Statement of Persons Nominated (SOPN). This will take place across the country on Thurs 11 May at 5pm. We’ll be gathering for a SOPN-party at Newspeak House in London all day on Fri 12 May — everyone’s welcome, and we’re inviting news media. Come on down! We’ll aim to have every parliamentary candidate in the database, and double-checked, by the end of the day.

Since the GE2017 announcement, we’ve also seen some welcome interest from developers willing to whip our ElectionLeaflets.org website into shape. There’s been some interest from national news media in this project, so all hands on the, erm, code-deck.

Election leaflets are a great resource — not only for press, analysts and academics who can use them to monitor the campaigns and any dodgy statements made — but for voters looking for basic information on candidates, too. We receive a lot of emails from voters complaining that they’ve not had any leaflets through their door. We can show leaflets on WhoCanIVoteFor and help solve that problem.

And if you liked that, you might also fancy joining an effort to monitor facebook ad spending over the course of the election.

Getting in front of voters 📲

All this data is only useful if it gets in front of voters before they make a decision. It’s why it’s great that the Electoral Commission will use our candidate data and polling location data at YourVoteMatters next week. Given their search engine ranking, and official branding, they have the reach and trusted profile to help hundreds of thousands of voters.

For the general election, we’re seeing even more interest in the data. Organisations with massive audiences are up for helping. On Wednesday, Google, Facebook, BBC, Twitter and the Guardian all joined us around several hastily assembled tables — has anyone really had a roundtable since King Arthur?
— to compare notes on plans for voter information. It seems there’s a real appetite to help get voters accurate, impartial and useful information throughout the election. That’ll probably start with a lot of ‘Register to vote’ messages, but once that deadline is passed, we’re rooting for more use of the candidates and polling location data. The Labour Party’s digital folks joined us too (every major party was invited) and will be able to use the finder for their ‘get out the vote’ efforts.

If you’ve got an audience — or you’re building something interesting that will help voters — it’s easy to use this data to improve democracy. So get in touch!

Statements to voters are Go! 🚀

Last week we mentioned a new data field: a ‘Statement to voters’. We’ve added this to try to meet a common ask from voters — how can I decide between this person or that?

We’ve given all candidates in the UK a chance to write some plain text that will display on WhoCanIVoteFor at least. And plenty have taken the opportunity to write some words! You can see one in the wild here.

If you’re a local election candidate, don’t forget to edit your page and add a statement. We’ll look at the feedback we get from voters on 4 May, but we expect to run this for the general election too — and hope to have a statement from the vast majority of candidates. As ever, this is open data — so we can get these statements in front of millions of voters through partners.

We’ll be doing last-minute fixes and updates to candidates and polling location data for Thursday — and trying to remember to vote!