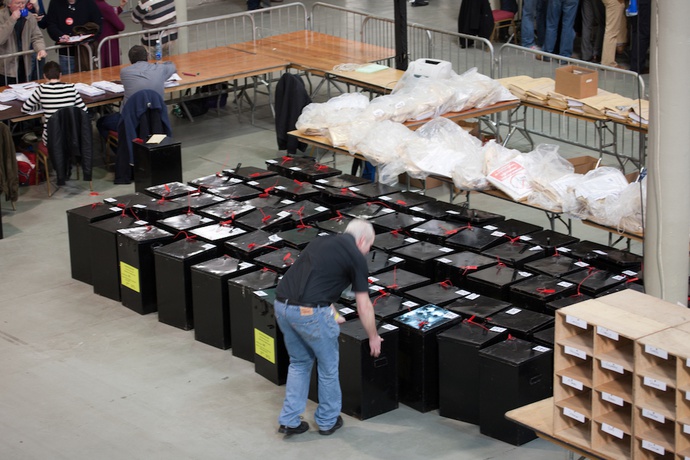 The polling stations have closed. The exit poll is published. I expect you’re glued to the TV.

But before the results come in, let’s take a moment to look back over what we’ve achieved in just seven weeks.

Democracy Club’s data and services have been used by hundreds of organisations and millions of people.

From cancer charities asking activists to email their local candidates for support, to Facebook pushing links to polling station and candidate information directly into UK users’ newsfeeds — all 30 million of them — for the first time ever.

There is talk of record turnout. Even of another election…

Whatever the result, it’s safe to say that your collective efforts — thousands of hours of volunteer time — helped people all over this country to take part in a more informed, engaged way than ever before.

We can learn from this election. We can do more experiments, run deeper research with voters, and help new partners make use of open election data.

To do that we need to build a new type of organisation. One that works with tech giants, political parties, election officers, state institutions, news media and — most of all — citizens like you.

Organisations ultimately serve their funders. So while we are seeking funding from the Electoral Commission, from Facebook and Google, it’s vital that you support us, too.

If everyone who reads this gives just £3 a month, we will be able to deliver even more at the next general election — and every local election in between.

Please give what you can.