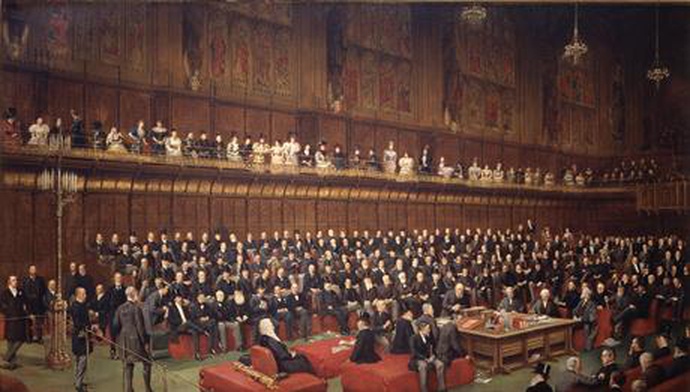 Below is our submission to the House of Lords Select Committee on Citizenship and Civic Education, made on 8 September 2017.

Democracy Club is a non-profit community interest company. Our vision is of a society in which democracy thrives through knowledge, participation and openness. Our mission is to use open data, design and technology to give every citizen the information and participation opportunities they need, in a way that suits them. We are non-partisan and we work openly.

We do not pursue a particular view of an ideal democracy; we aim to make constant iterative improvements to the democratic process based on the need of individuals or groups. We judge those needs based on what voters search for online, public research and the feedback we receive directly from voters. Currently our data and services allow people to look up their candidates online and, for ~60% of the UK, to find their correct polling station via searching online too.

Our response to this call for evidence is based on our experience in increasing civic engagement through technology. We are part of a growing field known as ‘civic tech’. The questions set out in the call have guided our response, but we have not followed them precisely. We believe that more and better civic education and engagement will help reduce feelings of disenfranchisement, increase trust in government and improve people’s belief in their ability to create change. The result will be increased wellbeing (see, e.g. O’Donnell, G. and Deaton, A. and Durand, M. and Halpern, D. and Layard, R. (2014) Wellbeing and policy. Legatum Institute, London, UK).

In the 21st century we should expect a significant role for technology in civic education and engagement. At its simplest, we should expect engagement in our existing process of representative democracy to be improved with digital information. People should be able to receive notifications of elections, learn about their candidates, engage with those candidates, and find out where to vote, who won, and what happens next, via digital means. If, in the digital age, the UK is unable to solve these basic informational elements, then the value of a discussion about modern citizenship and civic engagement is questionable.

At a more complex level, interesting questions of digital civic engagement arise. As people conduct more of their lives online, as they build and curate identities online (e.g. how they represent themselves, who they ‘follow’, what they write/photograph or film) — what does that mean for civic identity? How does one act in a civic-minded way in the digital space? What role should the privately owned digital giants, like Facebook and Google, play?

You have called for evidence at a time of great political, constitutional and societal flux in Britain. A time of anger at the ‘political class’ and the ‘elite’. And a time of perhaps unparalleled technological change. This moment presents an opportunity to push digital civic engagement as a defining characteristic of a forward-focused, modern British identity. Today’s technology makes vast levels of always-on engagement inexpensive. It makes it easier to experiment, and to engage those not online (less than 10% of the population) too.

A parallel example can be seen in Switzerland, a country that only exists due to the commitment made to democracy at the point of confederation. Today, the Swiss’ methods of public decision-making are a critical part of what it means to be Swiss.

Participation in the democratic process could represent a modern British value. For citizens it represents both a right and responsibility. The state has a role to play in ensuring that this responsibility can be exercised in a way that’s appropriate to how people live their lives today, that it is receptive to modern means of civic engagement — and the people have a responsibility to take part.

Democracy Club advocates some small legal changes that would improve civic education and engagement. One would be to update the requirements of ‘giving notice’, as in ‘the local authority shall give notice…’ to fit with a digital age. Today, this notice should be given in open, machine- and human-readable formats, which can help power digital services to boost engagement. When data on democratic engagement is available in an open digital format, not only by the posting of a sheet of A4 paper on a board outside a council office, Britain will be making progress.

Legal changes could also improve voter information. Currently, certain elections (e.g. Mayor of London, PCCs) require a returning officer to produce, print and deliver to all homes a booklet in which candidates can publish a message to voters. We believe this should be the case at every election.

Our polling station finder service would benefit — as would many potential new civic engagement services — from open address data, which the UK Government has previously committed to producing. We are unsure of the present status of this commitment.

The websites run by Democracy Club give users the options to leave written feedback. This is always useful in keeping us grounded about the problem we are trying to solve: the lack of knowledge of the democratic process that such comments often demonstrate is alarming. Notably, the day after the EU Referendum, the top UK search term online was ‘What is the EU?’. The absence of quality nationwide civic, political or democratic education presents a significant barrier to civic engagement.

Quality civic education in schools is vital, but adult civic education must also be considered important; political education should be seen as a lifelong process, a responsibility of both state and citizen as part of a fulfilling life as a member of society. We see some of the biggest current gaps in the public understanding of local government, but the needs will change over time — the goal should be to provide a holistic, practical education.

How to do it

Currently, civic engagement is not being taken seriously enough by the state, by most of the third sector — and apparently not at all by the private sector, which should not be excluded from this debate.

Existing organisations, like ourselves, dedicated to improving civic education or engagement, represent a small group of underfunded, piecemeal efforts. If our shared aim is a modern British identity based on civic engagement, then this is not good enough.

Our democracy is necessarily complex: people will always need education and assistance through the process. British society faces a range of global, continental, national and local challenges and if we want democracy to survive and thrive, all of us — every institution — need to consider how to protect and strengthen it. This is not going to happen without sustainable funding. A democracy with high levels of civic engagement is not a societal default; it will not happen by accident.

Funding for civic education and engagement efforts must be sustainable and independent, likely funded by taxation, due to the difficulty of raising donations for a ‘meta-cause’ like engagement. The funding should be independent of government, to ensure its non-partisan nature.

The Royal Charter that allows for the funding of the BBC may be a model to follow — or the BBC itself could undertake new activity in this space. Its trusted brand, audience, high level of resource, and its ability to innovate as demonstrated on projects like iPlayer, could be highly beneficial to the civic education and engagement. The budget requirements are relatively low; much could be achieved with an annual budget of £1-2 per head of population.

Alternatively, it may be necessary to consider an entirely new institution. Germany’s Bundeszentrale für politische Bildung should provide inspiration. It has 200 staff and eight-figure budget with a mission to strengthen democracy from the ground up. It produces high quality, non-partisan content in all formats for a range of audiences. It runs training for journalists, students and teachers, as well as funding many third sector civic engagement projects. The idea of politische Bildung refers to something greater than education: the need for constant, lifelong training or self-cultivation towards becoming better citizens.