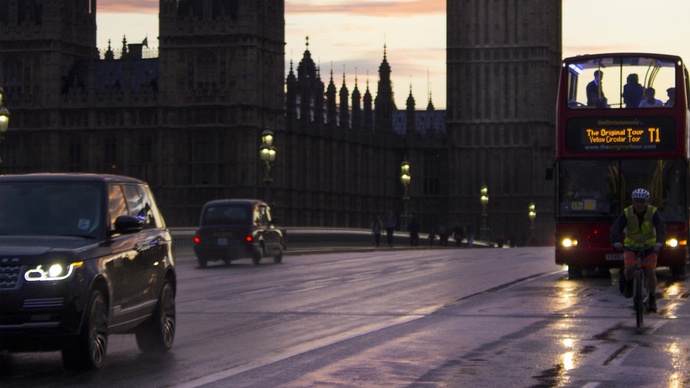 It’s all got a bit autumnal

In this week’s blog: we meet a Minister! We chat to potential board members! We receive nice mentions from kind people! Happy international day of democracy, everyone!

On Monday we headed to Whitehall to meet the Minister for the Constitution, Chris Skidmore MP. After admiring his rather nice view over Horse Guards Parade, and blushing from some always-nice-to-hear compliments about our work, we sat down to talk democratic engagement. In particular, we spoke about how to boost our polling station finder coverage for the May 2018 elections (here’s looking at you London); how much we’d value open address data and boundary data that was published on time; how digital can probably save quite a lot of money; all the fun things.

We followed up with this letter/briefing note. We’ll keep Chris updated on progress and our hearts were gladdened by his keenness to use his office to push for some positive changes. We also learned that there’s a Cabinet Office ‘democratic engagement strategy’ coming through the pipes — hopefully to appear later this year. We’ll shout about that once it’s published.

The process of creating board of directors for Democracy Club inches forward. We held five video calls this week, with many more to come once DemocraSym has moved house. Our current problem is a good one: everyone is impressive. It’s going to be tricky to choose a small team from such good people.

We’re flattered to have been the subject of some talks and writing this week. Here’s Anna Scott of the Open Data Institute, mentioning Democracy Club at the ParliData night in London. Here’s our friends at the Electoral Commission’s campaigns team, blogging about how they managed to get a campaign up and running about ten minutes after the PM had announced that she would seek a general election — we’re also mentioned in the more formal EC report; and here’s a website called TBD with an interview with Sym and Joe and a bit on jobs in civic tech (there aren’t too many, yet…).

It’s the UN International Day of Democracy! The UN Secretary-General has asked that you all chip in to Democracy Club to celebrate (or words to that effect).

We’ve posted out some highly exclusive supertreats as a thank you to a few data wombles who helped out at the general election. They’ll probably be on eBay selling for huge sums soon. How, we hear you cry, can you set yourself up for future posted treats? Well, there are quite a few by-elections coming up, where all we have is a list of names. For example, the people of Holmebrook in Chesterfield have four candidates standing for councillor next week and voters can’t learn much about them online right now. Can you help everyone out by adding details?

News from across the pond: is anyone else keeping an eye on the Obama Foundation? The copy on the website is all about ‘civic’ stuff, including some mentions of technology, innovation and so on. And presumably they’ve got giant bags of dollars to spend. 💰💰💰 It might be worth civic-techers keeping an eye on the ‘civic summit‘ at the end of October and maybe we should all be applying for the ‘civic fellowships’.

Next week, with Sym moving house, trying not to forget which box he packed the democracy in, it’ll be slightly quieter. Chris is taking this opportunity to dive into the depths of the polling station finder, Chris and Joe will be picking our top priorities for the next sprint (remember you can see the backlog of tasks here, feel free to comment below or on the cards as to which you feel are most important!) — and we’ve a some tweaks to make to get Who Can I Vote For? out of its post-general-election slumber to focus on by-elections and May 2018.