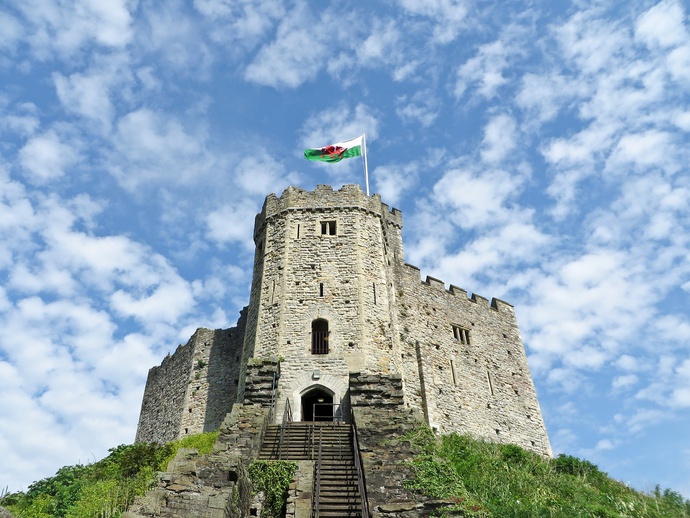 This is not the Welsh Government offices.

It’s a short blog this week, reporting on trips to London and Cardiff, as well as previewing travels further afield next week!

Sym was in Cardiff again for the consultation on Welsh electoral reform. We talked about how local authorities could publish more information about candidates before elections: perhaps something like a statement to voters. This is one of our most requested features and we’re keen to find ways to make it part of the nomination process if possible, because this will mean we don’t leave any voters out.

We’re writing a full written submission to be considered by Welsh Government ministers too — feel free to chip in! (Or you can write your own here.)

The local elections in 32 boroughs of London next May are in our sights. This week we met with the helpful London Councils, who provide cross-London services and networks for senior council staff and elected members. Encouraging democratic participation and engagement is one of their favourite things, and we came up with a range of ideas for collaboration in the hope of giving local election information a great push forward in 2018. (Friendly contacts at Birmingham City Council, Manchester, Leeds, etc, gratefully received!)

🚖 Next week, live from New York…it’s Democracy Club On Tour 🚖

All next week, we’ll be meeting the great and the good of civic tech and related projects in New York, New York, US of A. Here’s a quick breakdown:

Democracy Works are our host for the week, given their background in very similar work on digital infrastructure for democracy. They played a part in solving the problems we’re still working on — open elections, candidates and polling location data — as part of the Voting Information Project. This began in 2008, backed by Pew, Google and others. We’re still playing catch up on these things for the UK, while Democracy Works have moved on to other projects, such as voter registration APIs and postal vote trackers. We’re hoping to spend some time comparing notes, particularly on how they’ve built a sustainable, effective organisation.

Civic Hall is an exciting concept: a physical space for the NY civic tech community, for coworking and events. A little like Newspeak House in London, we’re looking forward to tapping into the melting pot of ideas and magic that’ll be happening there.

GovLab takes on challenges from across the world and applies digital methodology and ways of working to them. Prototyping, open data — sounds like our kind of fun. Linked to NYU, we’re keen to learn more about their research and evaluation efforts.

Blue Ridge Labs looks a little like the Bethnal Green Ventures incubator we were in for the first quarter of 2016. They incubate projects that focus on building tools for communities traditionally overlooked by the tech sector. Hoping they’ll have some really important insights for how to do effective user research among such communities — and we’re excited to see some examples.

Beta.nyc is an entirely voluntary group of folks doing civic tech, design and data to make New York better. It started as a meetup in 2008 and is still going strong, linked to the Code for America programme. In 2013, they produced ‘The People’s Roadmap to a Digital NYC’, a document with demands that led to new legislation. We want to learn about how they build and sustain the voluntary community and collaborate on great projects like this.

Data+Society is the most research focused institution we’ll visit. They’re investigating the “social and cultural issues arising from data-centric technological development.” We think we should probably get a handle on these things when we’re trying to make democracy better through data-centric technological development. We’ve timed it well as Tim O’Reilly, that mega-publisher and long term tech watcher, will be launching his new book (called, er, WTF) there at the same time. Handy.

And we’ll hopefully bump into plenty of others we don’t know about yet too.

Expect some strange timezoned tweets — and lots of photos — all next week.