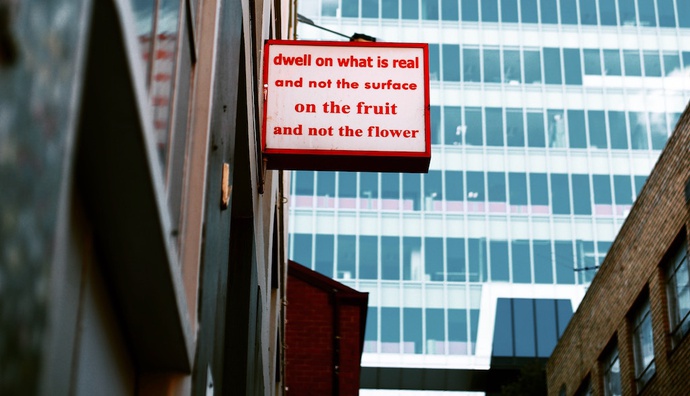 In this week’s blog: voting advice applications, councillors that didn’t resign, and we finally get confirmation of the one combined-authority mayoral election happening this May.

If you’ve ever seen a Democracy Club presentation (this old video for example) then you’ll know that we have based our efforts largely on Google Search Insight data: what searchers most look for on election day.

These obviously include searches such as ‘where do I vote’, ‘who are my local candidates’, but there’s one biggie that we’ve not touched: ‘who should I vote for?’ This is because it’s a monumentally difficult question, ripe with opportunities for errors and things to go wrong: a subjective, not an objective answer.

Happily, lots of other folks have had a bash at this. In the UK, GE2017 or Who Should You Vote For? are just two examples of what are known as VAAs — Voting Advice Applications. There are even academics dedicated themselves to investigating VAAs. Rose went to meet them:

On Tuesday, I attended the ‘Voteadvice’ closing conference. ‘Voteadvice’ is a four-year research project exploring the impact of new technologies, especially VAAs, on political behaviour. The conference brought together both political scientists from the academic world and industry experts to share their insights.

The overarching theme of the conference was “What are VAAs good for? / What are they trying to achieve?” The answer to this question seemed to fall into two broad, although not contradictory, camps:

Camp 1: VAAs can increase political engagement, help structure political discussions and ideally boost voter turnout. However, there were a few caveats that were debated:

Camp 2: VAAs collect data about how the public feel about different issues; data that could almost rival traditional opinion polling. We were then presented with ideas from academics about what you can do with this VAA data:

Conclusions from the conference included that VAA questions should be accessible to everyone; anticipate a lack of understanding. Position Dial, another VAA, suggested that from their experiences, you can include an ‘info icon’ for each question to explain more.

Position Dial also explained their method of attempting to appeal to younger voters. They created a ‘position monster’, a cartoon that acquired items depending on how you voted, ie. it would gain a ‘welcome mat’ if you answered that you were pro-immigration. GE2017.com also shared their advice that having real-time results, their ‘bobbing heads’, appealed to young voters as it felt instaneuos and tangible.

GE2017.com also mentioned that their VAA was used by more women than men which sparked a debate as to how do you target female users? Was it the graphics and the content of GE2017.com? But Matt Morley, from GE2017.com, seemed to think it had more to do with how the app was distributed through social media that captured female users. Both insights were food for thought when designing a VAA.

Lastly the future of VAAs was discussed: should there be a government-sponsored VAA? What would this look like? Perhaps this isn’t a good idea as it would create a government monopoly and isn’t variation in VAAs better to appeal to more people?

P.S. One last piece of advice as to how you design a VAA: make sure that the end-party match the user gets at the end of the ‘quiz’ is not instant. Why? Because if it’s instant users don’t trust the intelligence of the app. Add a ‘thinking’ icon, like you see in something like Compare The Market, the insurance-finding app, and the user trusts the app more!

…We’d wave it to achieve certain national policy objectives to improve democracy. Because that’s the extent of our imagination. Here’s another quick shout for our policy recommendations Google Doc — it’s short and sweet, including mandatory publishing of election notices and polling station data as machine-readable data, and thoughts on new civic education opportunities — comments and new ideas welcome!

This week we had a note from someone saying our system was missing a May election — that of the mayor for the new Sheffield City Region. We had paused adding this election because we weren’t sure what the actual name of the mayor would be — different sources were using different titles.

Happily, a local authority was able to help us out and confirm the correct title, which is, deep breath, the “Mayor of the Barnsley, Doncaster, Rotherham and Sheffield Combined Authority”. Suggested abbreviations on a postcard, please. We’re sure it’ll be hotly contested; if you know who’s going to be standing, please add their details to the database.

⚖ The Curious Incident of the Councillor in Wigan ⚖

We’ve just had our second SuperThursday of February — with by-elections all over the place. Not, however, in Wigan, where an intriguing story of last-minute court orders cancelling elections unfolded this week. The councillor, who the council understood to have resigned, did not in fact resign. What fun.

Meanwhile, the by-elections are stacking up in March: four next week and eight the following. You can have a nose at the candidates via Who Can I Vote For?

More preparation for the May elections and some worrying about the General Data Protection Regulation among a long list of Trello cards. Wish us luck.

Photo by Annie Spratt on Unsplash