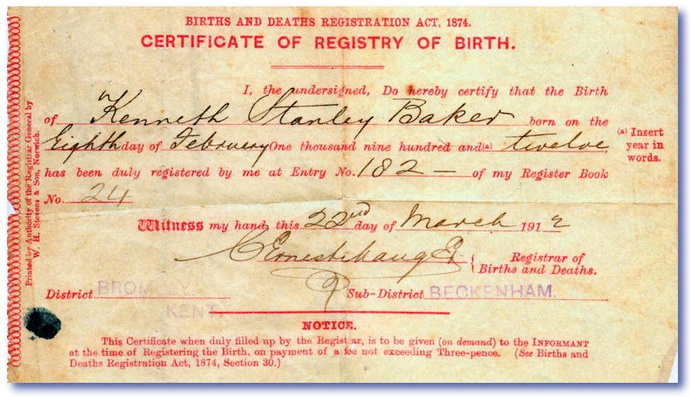 A birth certificate is just one option needed to be used in conjunction with another form of non-photo ID in only two councils…..

This year’s local elections will see the first voter ID pilot in Great Britain. It’s set to pilot in five councils: Bromley, Gosport, Swindon, Watford and Woking. The pilot has good intentions: to reduce electoral fraud. The government says that the move comes after electoral fraud has more than doubled between 2014 and 2016, according to a report from the Electoral Commission.

The trial, however, has already created controversy with a group of more than 40 charities, academics and campaign groups warning that it will disenfranchise many vulnerable people. This group has also highlighted that the actual number of impersonation allegations remains low. In 2016 there were 44 allegations of impersonation at a polling station — the type of fraud which the trials seeks to reduce — out of nearly 64 million votes cast.

That being said, the Electoral Commission has argued that the trial also seeks to reduce the public’s perception of electoral fraud, rather than just the incidences of it. Their 2014 electoral fraud review discovered that voters, those standing for election and those running elections have a “consistent and underlying level of concern about electoral fraud”. Claire Bassett, the chief executive of the Electoral Commission, said that there will be an independent, evaluation of the pilot schemes and that this will be published in the summer of 2018.

Controversy aside, another interesting part about the trial is that every council has different ID requirements, from the introduction of an ‘Elector Card’ in Woking to being able to bring someone with you to attest on your behalf in Swindon. We couldn’t find any single place that outlined what was going on across all five councils… So here it is:

✔: This is the only thing you need to bring with you.
∼ : This can be used in conjunction with one other form of non-photo ID.
❌: This can not be used by itself or in conjunction.

In all councils one of the following forms of specified photo ID is the only thing you need. Original copies of documents only, no photocopies:

I have self-dubbed these the ‘CORE’ acceptable forms of photo ID as they are accepted across all five councils but in each council there are many additional options described below. Also to note, the normal procedure of postal votes and proxy votes still apply, as long as the appointed proxy voter brings acceptable ID (as stated by each council).

There are five options in Bromley, including a new ‘Certificate of Identity’:

There are five options in Gosport, Gosport are also introducing a new ‘Electoral Identity Letter’.

Swindon is succinct with these five options, but an interesting quirk is the last option. As a “last resort” an elector can bring someone with them to attest to their identity.

In Watford there are these straightforward five options:

In Woking there are five options, also including the option that someone can attest for the elector.

Is that clear? Good. We thought so. We look forward to seeing the aforementioned full evaluation report from the Electoral Commission out in summer. Lastly, if there are any electors in the pilot areas who don’t have any of the required ID, we’d like to hear from you.