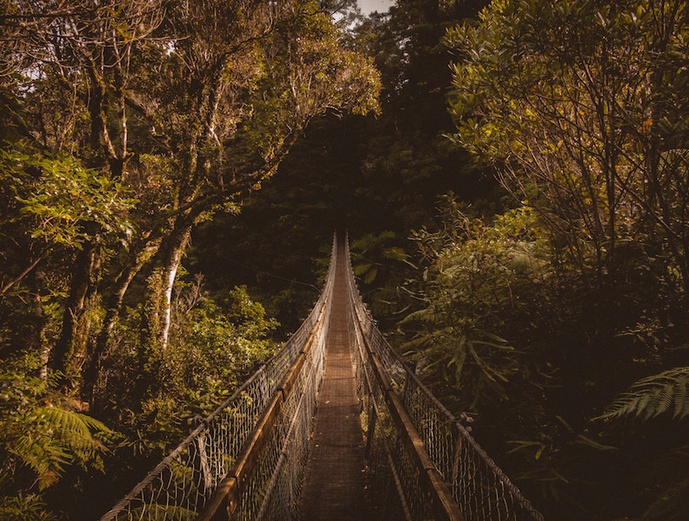 Come on a quest!

In this week’s blog, we’re building a new fellowship of wombles (that’s you), we’re talking accessible elections with the Cabinet Office, and there is new funding available for saving civic discourse.

If you know Democracy Club, you’ll know that one of our hardest problems — and most demanded thing — is better information on candidates. You’ll know that we pick apart thousands of PDFs to get the candidates’ names and their party affiliation — and then we spend hours plumbing the depths of the internets to try to find something, anything!, that’s actually useful for voters. Like an email address, a website or some social media profiles.

And you’ll know that we’re not always successful. At parliamentary elections, most candidates try to establish a digital profile, so there’s normally quite a lot to go on. But at local elections… well, in the words of one anonymous feedbacker to our WhoCanIVoteFor.co.uk website:

”I am looking for information on the candidates I am supposed to be voting for on Thursday. I cannot find anything on either candidate. If they cannot be bothered to get the information out there why should I bother turning out to vote???”

So at the May elections earlier this year, we tried something different. We went after local party information instead, assuming that while Jenny Smith, Church ward, Bumbleshire was perhaps unlikely to have her own website, at least her party might have a website for their efforts across the whole of Bumbleshire. And that this would be better than nothing.

It worked! Quite often local parties did have websites that included at least some recent information on their priorities for the area. Sometimes they even included local manifestos (though rarely in accessible versions, see below). They also typically included some kind of contact information. We can use that contact information to ask whoever manages the inbox to encourage candidates to provide photos and a statement about why they should be elected.

Conveniently, that local party information is probably more static than candidate information. So we don’t actually need to wait til the run-up to May 2019 to start collecting useful information. We can start now, with your help! We’ve added all the local areas with elections next May into this spreadsheet — can you fill in the contact details? Pick your local council to start and go from there!

As well as looking to local political parties for information, we’re keen to improve the crowdsourcer pages for editing a candidate’s details.

If you’ve used these a few times — you’ve popped an email address in or added a twitter handle — you might have ideas about how that page could be improved. We’re particularly interested in seeing any other examples of web pages where you add a bunch of information about someone in a somewhat-structured fashion.

We’ve started a discussion about this issue here, dive in with any ideas!

A few blogs ago, we mentioned that the government had published a response to a consultation on the accessibility of elections. We spotted that a couple of the actions suggested in the report relate to our ideals of getting people better and more accessible information about the election. So we got in touch with the Cabinet Office, who wrote the response, and this week met Paul Docker and David O’Gorman, respectively chair and policy leads for the accessibility working group.

There was much agreement on the need for better information on parties, candidates and their policies, support for the idea of additionally sending out the info that is on poll cards over email, and even enthusiasm for the idea of ‘practice ballot papers’ to help reduce fears around how to vote.

But there wasn’t much of a willingness for central government to get involved in the delivery of these ideas. It’s seen as the purview of the returning officers at the local authority level. This makes sense given the role of local returning officers — and given the good governance principle that says central government should keep clear of the running of elections. But alas it also seems, given the lack of any money in local government — and perhaps a reticence to take anything that looks a bit innovative (and therefore risky) — that more accessible election info hits an impasse. The solution might be to work with the civil society actors on the working group — folks like Mencap and RNIB — so we’ll be following up with them.

The whole response paper, which includes both a review of the evidence received and ideas for moving forward, is well worth a read.

No trip to London is complete without also dropping in on the BBC to badger them about putting a polling station finder on the BBC News website on election day. So we did that. They were quite poker-faced. We’re nearly into double figures of meetings. Fingers still crossed.

🖥 Things we’ve seen on that internet 🖥

First, something called Civitates has opened a new €700k funding round for projects to ‘improve the digital information ecosystem’. Projects can be research or analysis on what digitisation has done to civic discourse or can be projects that try to make it better. More here.

Second, perhaps inspired by the excellent work of Kirklees and their ‘Democracy Commission’, the London Borough of Lewisham have embarked upon their own review of local democracy. The plan is to make recommendations as to “how the Mayor and Council could enhance their openness and transparency, increase public involvement in Council decisions [and] promote effective decision making.” Sounds good.

We catch up with Nesta and The Electoral Commission, we’re working to improve our Every Election database and we’ll be looking at improvements to the crowdsourcer. We’re also working on ‘the vision thing’ with the help of our board.