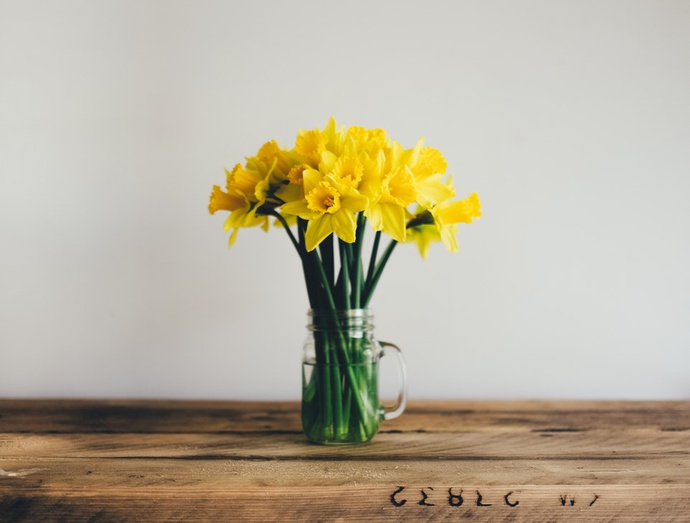 Good excuse for some daffodils

In today’s blog! What kind of womble are you? What does good journalism at elections look like? When are SoPNs published? And we announce the latest location with a SoPN party!

It was user j4 who coined the term, christening herself a data womble, as she worked her way through hundreds of PDFs to open candidate data. The term stuck. We’ve called our crowdsourcing volunteers ‘wombles’ ever since. We even sent out plush toy wombles to our top wombles last year. (You can see the all-time womble leaderboard here).

This week, we met with Magda, a user researcher / designer sort, who’s going to help us work on improving the crowdsourcing experience. She asked us to provide a range of profiles of the kind of crowdsourcers we get. So we wrote up The i-Spy Guide to Wombles — purely based on our best guesses. Here’s our breakdown:

This is a regular womble, a glutton for punishment. Thousands of edits, over several years, across all types of edits. Their goal is nothing short of total knowledge of everything.

This womble gets addicted to going through SoPNs (Statements of Persons Nominated — the official list of candidates, published as a PDF that we need to turn into useful data) and all the sweet sweet leaderboard points on offer. After one year’s big set of elections, they swear never to touch another SoPN again.

This womble sticks to the common they know best, doing the full range of edits, but only for a defined geographical area. They pop up year after year, driven by their sense of local civic pride.

Gets involved for a particular set of elections one year, perhaps completes a range of SoPNs, perhaps at a SoPN Party, then is never seen again.

Perhaps not even a womble! Or perhaps a ‘local party womble’. This person has an actual role with an organisation that directly benefits from ensuring some candidate details are online. They add all the candidates from their local party. Happily, sometimes they get caught up in civic duty and add other parties’ candidates too — becoming a true womble.

🙋‍♀️ A candidate, their agent or family member

Not a womble as such, simply drops in to add or edit a single candidate.

Someone who has as yet unrealised womble-potential. They might have got as far as the homepage of the crowdsourcer, but not yet dived in.

Result racoons rock up in the dead of night, after the close of polls, sniffing around for results data. Perhaps driven by psephology or analysis (such as mapping the results) they can add thousands of bits of data in no time at all.

Do you recognise yourself? Have we missed a category? Would you mind being interviewed by Magda? Get in touch! If you’d like to create a viral Buzzfeed ‘Which Democracy Club womble are you?’ quiz, please be our guest.

We’re now going to look at some actual user data and work out whether we can substantiate our post-it note reckons.

Relatedly, following last week’s exciting non-binding referendum (well, twitter poll), won by ‘CandidateBase’, Joe will now make a dictatorial decision as to the renaming of the crowdsourcer. Unless he still can’t decide.

📰 How journalists should cover elections 📰

Here’s an interesting short read from the Dublin Inquirer on how they’re going to cover local elections there this year.

Rather than trying to predict which candidate or party is going to win an election, and get behind the scenes on their internal debates and strategies for getting votes, campaign coverage should instead focus on getting candidates to talk about the issues voters want them to address.

It’s worth a read of the (longer) thread of tweets on this subject by Jay Rosen, mentioned in that article.

This rings bells about the very first edition of Democracy Club — set up in 2010 to crowdsource the top issues that voters cared about and to get the position of the candidates on those issues. (And subsequently building the crowdsourcer because it required knowing who the candidates were and how to contact them.) Perhaps we could try to reboot this work…

We’ve been trying to connect with the BBC-funded, but local-paper-hosted, Local Democracy Reporters this week (on an individual basis, via twitter, cos they don’t have an email list, argh). We’ll try to see what they make of this idea and whether there’s anything we could do together.

You’ll know from previous blog posts that we like a good robot at Democracy Club. We have them to check for elections, to report feedback back to us, and so on.

Alex Wilson, the amazing volunteer you may remember from such smash hits as the polling station finder widget, has this week been working on a new robot that will help us identify when a SoPN (the official list of candidates) should be published for a specific election.

The rules for SoPN publish dates are a minefield of edge cases and nothing is straightforward. Classic Democracy Club! If you’re tempted, take a look at the Github readme and the rather taxing issue alongside.

🎊 SoPN parties all over the world 🎊

Another reminder of your chance to come along and save democracy in person! With snacks and other good folks from saving-democracy.

The marvellous Pauline Roche and friends at ImpactHub Birmingham are going to host a SoPN Party on Monday 8 April! Eventbrite to follow.

The wonderful Tom de Grunwald and Alex Blandford are going to host a SoPN Party in Cambridge on Thurs 4 April. Sign up here!

And the excellent Ed Saperia and Newspeak House will be hosting in London on Friday 5 April. Sign up here!

Still to be finalised are Bath, Stroud… and somewhere near you? Shout if you’d like to help!

Thanks to some Electoral Commission chasing, we’re now been provided with 73 councils’ polling location data! That’s very nearly 30% so far, and it’s only 1 March! We’ll be working through the data and importing it into the system.

Plus! Improvements to the crowdsourcer, lots of hustle work to encourage people to use the data or help contribute to it, and everything listed here.