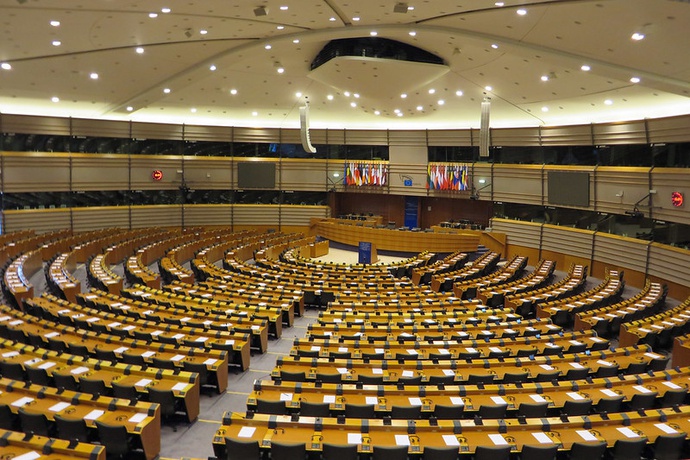 Look at all these seats! Time to fill ‘em up…

In today’s fridayblog — we’ve six days before the European elections begin, we look at the data we have for those elections, list a few voter advice applications — oh, and we still need your help to enter results data from earlier this month!

So it’s not quite India’s elections, but next week still brings us one of the largest democratic exercises in the world. Over the four days of 23-26 May, elections will be held across 28 member states of the European Union for 751 seats in the European Parliament. These MEPs will represent a population of 512 million people.

The UK is so enthusiastic for the European Parliamentary elections that we go first, on 23 May. We’ve got your ballot information here — and as much polling station data as is possible to import here.

Perhaps unsurprisingly, it’s all been about Brexit in the UK. But. These people are likely to make it to parliament and to be taking some decisions on your behalf. So it’s worth researching what your representative would actually do in the Parliament. We’ve gathered the main party manifestos and are showing those on Who Can I Vote For? too. (Spoiler: some parties did not provide manifestos.)

As always, please share the websites with your friends and family that (shock) don’t read Fridayblog. That nephew or niece that recently turned 18 and might not have a clue what’s going on — share it with them, encourage them to vote!

The European elections offer an interesting challenge for Who Can I Vote For? There are relatively few candidates – only 591 across the entire United Kingdom – and so the task of gathering information about them is nothing like the monumental challenge offered by the local elections earlier this month.

On the other hand, there are a large number of candidacies from people who have never previously stood for election, especially among the ranks of Change UK and the Brexit Party. Furthermore, many of the lower ranked candidates across the party lists have little chance of being elected themselves, and so have few incentives to campaign under their own personal brand.

So, with a week to go, how have we done? We’ve found a photo for 530 candidates, an email address for 300, a Twitter feed for 441 and a Facebook page for 175. Some 259 have a dedicated candidate page on their local party website, 177 are ambitious enough to have their own website, and 101 candidates are famous enough to have a Wikipedia page. Sadly, only 23 candidates have provided us with their favourite biscuit, of whom over half are standing for the Liberal Democrats.

This commitment to open biscuit data has been noted. 🍪

You can download a CSV of all candidates here.

There are now a few ‘how should I vote’ tools up-and-running for the EP elections. Posted here for reference, we’ve not actually tested them all. Always intriguing to see how people approach these though, and whether anyone’s using them…

A couple of UK-focused quizzes:

These two are EU-wide:

The Germans do this slightly more officially, with the quite impressive Wahl-O-Mat.

And the Finns have had a crack too.

Have a play, let us know what you make of them. There were a gang pursuing the idea of making a more official UK voter advice application — not quite sure what became of that project. If you know, get in touch!

We’re at a very respectable 84% coverage rate for the local election results from earlier this month.

Here’s how progress has gone so far… 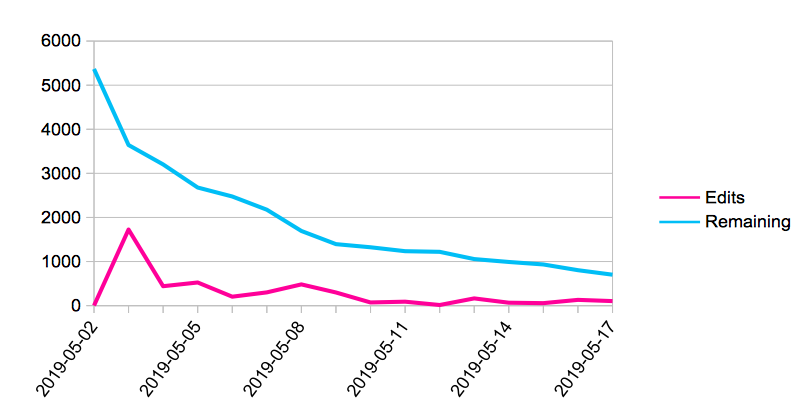 Let’s finish it off! Start here — pick an area that interests you (or you know, a completely random one) and add some data!

We’re trying to get as much polling station coverage as possible and will be working on this right up to polling day.

We’ll have the results of our exciting poll on where the Democracy Club summer get-together should be (still time, just, to vote!)