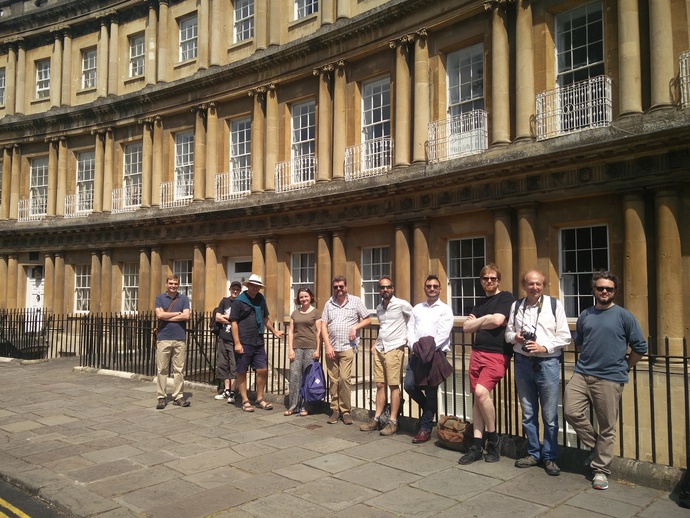 In this week’s Thursdayblog, a recap of our Bath adventure, our work on improving Candidates and we’re collecting PPC data for GE20…19…?

Thanks to everyone who made the trip to Bath for our summer gathering. The weather gods shone on us, we strolled around the city — ably led by local womble Peter — and had some discussions over lunch.

With several wombles present, including one who manages a whole local party, it was a good opportunity to discuss making improvements to Candidates, the crowdsourcing website. There was thus chat about adding a load of candidate data at once, about candidate verification (and the desire for some fields to be under the control of the candidate). This is something we’ve discussed before — it makes sense to have a candidate ‘lock’ fields such as email, statement to voters, photo. But we’ve still no capacity to do this at the moment — election officials don’t record an official email, it’d have to come from the parties themselves, and at a national level, these don’t currently talk to us enough to organise this.

The subject of a snap general election came up and led to us fast-tracking a place to gather PPC data, see below.

We also delved more deeply into the future… if the state eventually produces this data, do we then shut up shop? Suspect not. Suspect there’s plenty to do.

As above, we’re currently chatting about how to improve Candidates to allow for more and better crowdsourcing.

Having absorbed some of the Sunday discussions, Sym, Chris and Joe met on Monday, and, ably assisted by Magda Faizov, worked through some thoughts on candidates.

Some of the basic aims are to:

To start, we’re mainly thinking about the information architecture of the site. Magda has put together a draft sitemap here. We welcome your thoughts on it via the usual contacts below.

If you’re really keen, have a nose at this bundle of notes. There’s probably more to do than we have the capacity to deliver, so let us know what to prioritise.

Here’s a little something to keep you busy over the summer. In case you were planning on going on holiday or anything silly like that.

It seems increasingly likely that we’re headed for an early general election, perhaps as soon as this autumn. (Theoretically as soon as mid-September, yikes.)

But until it’s announced, we don’t have a date for it, and we can’t add the election to Candidates to start crowdsourcing data there. We know that a lot of people have already been chosen as prospective parliamentary candidates (you’re not technically a candidate until you’re named on the Statement of Persons Nominated) and are basically already campaigning.

So we’re collecting the data in this Google Sheet for now, and we’ll import if/when the election is announced.

Might not actually happen this autumn, of course, but the data’s unlikely to go much out of date.

Our draft annual goals seemed to go down okay — well, nobody objected to anything — so here’s your now traditional print-out-and-keep PDF.

We might all need to be watching the news later next week in case Things Happen. Meanwhile, we’ve planned another sprint and you can see what we’re working on here.