Yesterday we published the first of three posts about voting and young people. The post was based on research we commissioned from Alex Blandford over the summer. We pointed to the difficulties of defining such a group, and listed some of the barriers to registering and voting.

In today’s post, we examine what efforts have already been made to combat some of those problems — particularly on the registration side. 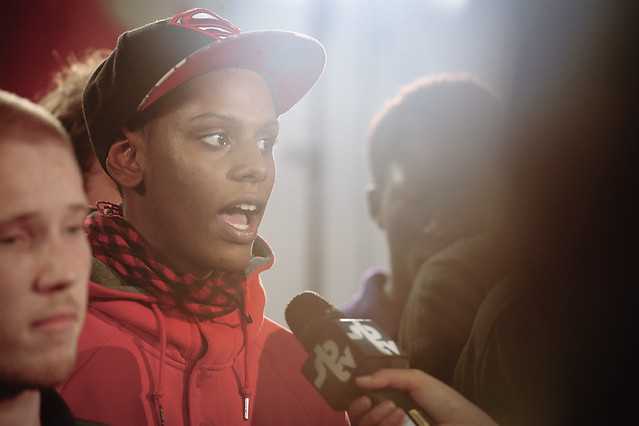 What can we do to help more people register to vote?

As discussed in yesterday’s post, there is plenty of information available to young people, but it’s debatable as to whether it is written in a sufficiently accessible way to be widely readable. It is important to reach places where the advertising is unexpected, but also that the advertising has specific messages tailored to the audience. Repeating the message of “register to vote” could ring hollow without the explanation as to why. Both Bite the Ballot and the Electoral Commission raised the issue of it being pretty uncool to be told what to do by government, but that small, local networks of peer-influencers had a much better chance of success.

All the campaigning organisations we spoke to emphasised the importance of voting as part of a raft of political actions that young people should be encouraged to become more involved in. This would potentially help reduce the gap of expectations where voting as a campaigning tool doesn’t lead to immediate change.

The online-organising site 38 Degrees achieved some success with a peer-to-peer community doorknocking and registration system in a previous general election. Door-knocking is also a tool used by electoral registration officers in following up unanswered requests for information. The immediacy and contact time is an advantage, but there are risks with messaging in peer-to-peer applications.

Punitive fines are the least desirable method of encouraging voter registration and participation. There are two currently applicable fining mechanisms, one civil and one criminal and both are used exceedingly sparingly by electoral administrators as they are a tool used against fraud and deception, rather than as an encouragement to the electorate.

Several respondents mentioned this approach with apps (those that typically ask the user a range of questions and then suggest which party or candidate fits the user’s profile) — and were cautious about their value. Young people especially can be highly sceptical of messages that are either official in the sense of coming from government itself (as low trust in governmental institutions and an opinion of their self-serving nature is one of the recorded issues with unregistered young people) or unofficial-ness in coming from another source with its own axe to grind. People are different — they trust different sources of information. Finding a way to make it possible for a range of sources to push the message in a way their audience find authentic is the key.

How do we know what works?

This handy table from Snelling, 2014 attempts to analyse a range of projects by their success rate and cost-per-registration.

There are clear cost differences and success rates to different models of engagement. What is not clear is the level of interconnectedness between these approaches.

Few organisations that we spoke to had a good plan for measuring the KPIs of their campaigns. The Electoral Commission noted that prior to the launch of the new GOV.UK service, they had been able to track downloads (but not completions or sends) of the registration PDF on their website.

Many respondents noted that they could not assess their own impact, except in an oblique way. Many had noticed the register to vote GDS performance platform page and used it to look for spikes in registration that corresponded to their own campaign activity. They also complained that the tool did not give sufficiently granular data to properly understand their own relative impact. Because they couldn’t see the analytics that show where users got stuck, they couldn’t iterate upon their campaigns to help users through the whole process.

This review of approaches clearly hints at potential ways forward. It’s also pointed to the need for better evaluation — something that is going to require the assistance of the folks than run the online voter registration service. In tomorrow’s post we’ll conclude with some of the lessons we can draw from this research — and we’ll invite you to continue the conversation.