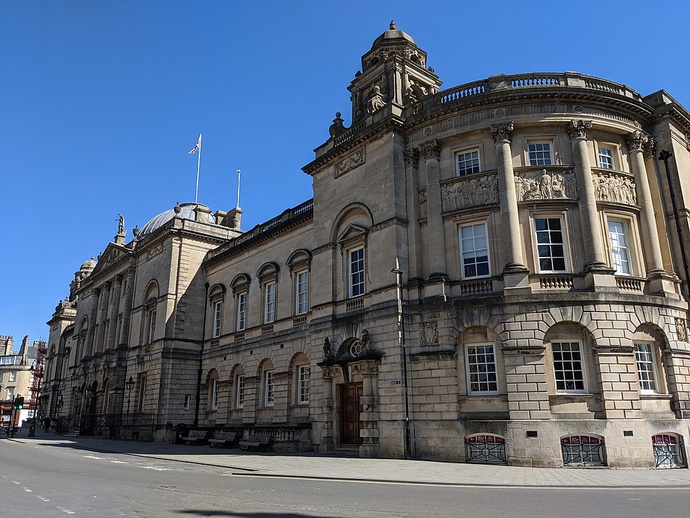 You voted to send some people here…but what do they actually do?

Another summer has been and gone. In fact, according to Sym in today’s planning meeting, it’s now ‘basically Christmas’. So, what have got to show for it?

In today’s blog, we formally introduce our new representatives project, as well as the integration of governance referendums to our elections infrastructure. There’s also some more content on our company website (including, importantly, a shiny donation button), and we give the research questionnaire another plug.

We’re very excited to be able to announce a new Democracy Club project: a database of UK elected representatives. This is something we’ve been thinking about for quite a while. Back in 2018, Sym spent a week working out how to build an automated database of all district, county and unitary councillors. The results were encouraging, and over the ensuing years we’ve been tinkering with the idea and are now very close to an initial prototype. This won’t simply be a list of names, parties and emails: we are aiming to provide real-time information on things like the composition of cabinets and committees within each local authority.

Democracy Club is now looking for partner organisations to help fund the initial construction and long-term maintenance of this new project. You can find more information about our plans, on the new Representatives project page on our website - don’t hesitate to get in touch if you think this is something your organisation would like to be involved in. We’ll be blogging more about this in the near future - watch this space!

Regular blog readers will recall how back in March we experimented with adding a couple of Governance referendums to WhoCanIVoteFor.co.uk. Essentially, we attached information cards to existing ballots in areas where a referendum was taking place. Although somewhat rough around the edges, we were very happy with how the final product turned out.

Consequently, when the good folk at Croydon Electoral Services got in touch about running the polling station finder for their upcoming governance referendum on 7 October, we jumped at the opportunity to integrate referendums more formally into our existing infrastructure. While there’s still some work to be done behind the scenes, we’re pleased to say that the front-end integration has been completed: any Croydon postcode will now display information on the upcoming poll, including the question to be asked, and, of course, the polling station.

Referendum is now a valid election type within Every Election. This involved updating our UK Election ID python library which we use to create election IDs, adding ref. as a new ID type. However, for now we do not allow new referendums to be suggested by users. As well as displaying the referendum to users of WhereDoIVote and WhoCanIVoteFor, the election is also returned by both the EE API and our developers API.

You can find the referendum on WhoCanIVoteFor.co.uk and in our Elections
database.
However, there isn’t a relevant page on our candidates wiki (for obvious reasons), which means that at present we don’t have the capacity to collect or display results for referendums.

Following on from the implementation of the new design system across our company website, we’ve taken some time to re-write some content and add a few new pages. Most notably, this includes a redesigned front page, a new page on our impact and a donation page (our old one having been removed a few months ago during other website work). As a non-profit, we’re reliant on donations and grants for 50% of our income - if you like what we do and want it to continue, why not give the new donate button a test?

Thanks to everyone who has filled out the short questionnaire we mentioned in our last blog. If you haven’t yet done so, we’re still accepting respondents: you can find the link to it here.