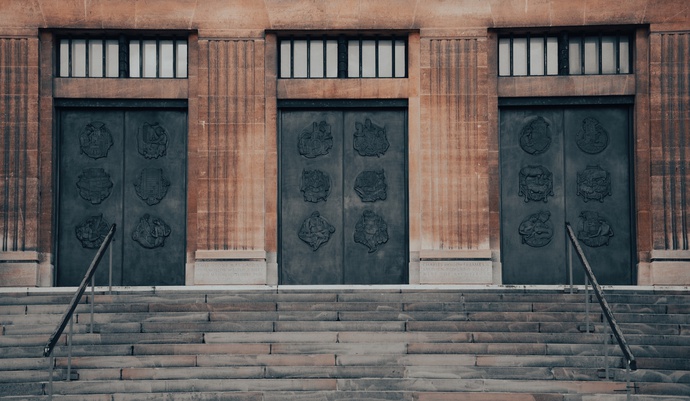 Since last summer, we’ve been doing daily runs of our representatives project.

This project aims to collect detailed information about elected representatives across the UK, similar to how we currently do for candidates.

At the moment the project is in a prototyping phase, but it consists of some code (‘scrapers’) that can collect information about councillors from local authority websites. We have scrapers for all but about 60 local authorities at the moment.

Each time we run this code we record any changes we see. Running this code every day for 6 months allows us to track how information changes over time.

As we develop the project we will realise its real strengths: Not simply council political makeup, but the precise makeup of council cabinets and committees, and details about individual councillors, from voting behaviour to registers of interests.

At the moment we’re just focusing on a core set of information; names, parties, wards of elected councillors. However, some of the code also pulls in additional information from profile pages at the same time.

In this blog post, we explore that additional data to see what’s there. As this is still a prototype it’s best to take all the information here with a pinch of salt: we’re not claiming perfection, more doing a little exploration to see what might be possible.

The scrapers have already picked up the whole gamut of councillor activities. It’s found changes to councillor surgeries due to Covid, political party affiliation and names (eg. following marriage), as well as cabinet reshuffles. We’ve spotted a councillor defection or suspension which doesn’t appear to have been reported in the press. We’ve also gathered a vast array of mundane but important changes to contact information. Many other changes are simply typo corrections or other grammatical fixes.

But what can the data tell us about councillors in aggregate? Here are some examples…

Most councillors set up times to meet the people they represent. These ‘surgeries’ are for the public to raise a wide range of issues they have with their representatives.

We found that over 50% of councillors hold them on a Saturday, with Monday in a very distant second place.

Most councillors get paid very little for their role and have other work commitments, so spare a thought for them giving up parts of their weekend. Many councillors also pick up ‘case work’ over email or phone. Over the pandemic, some held online surgeries. We hope to investigate how many of these remain over the next year or so.

And what do you do?

Another bit of ‘extra’ information we collect are job titles.

This is generally where you find information about positions of power within the council - in particular, the leader and cabinet, party group leaders, and chairs of committees. A quick (and non-comprehensive) search gives us 3,974 unique job titles across 250 councils.1

The resulting data has little consistency, even after we have done a little cleaning and standardising. Like the Westminster government, councils are free to create their own titles for cabinet members and committees. But that’s also what makes it so interesting, giving as it does a unique snapshot of each council.

One thing which immediately becomes clear is that councillors are busy people - not only do they hold an enormous diversity of job titles, but around a third appear to be responsible for more than one portfolio.

Job titles can also teach us about council priorities. We learn, for example, that a quarter of our councils have cabinet members or committee chairs for climate change, 14% for equalities, 7% for heritage and 6% for the armed forces. Six councils have a cabinet member for democracy - although these roles are all paired with something else. There are some interesting one-offs, too: Bath has a ‘Member Advocate For Great Spas Of Europe’, Plymouth appears to be the only council (in our sample) with a Cabinet Member for Brexit, and South Oxfordshire’s coalition leadership is reflected in the job title ‘Deputy Leader Statutory Deputy Leader During The Following Months: May, July, September, November, January And March’.

They are the champions

‘Champion’ is a popular job title. Keeping you fit are the champions for cycling, walking, sports, health and pedestrians (none for cars or driving). Children and Young People get a lot of champions, but older people get about the same number. The economy is in good hands with champions for business, the economy, efficiency, enterprise, trade and the living wage. One person is a champion for Safeguarding, Cyber, Older Persons’ and Equalities all at once. What a champion!

We’d like to know more about the activity of these champions: what does it mean to be one?

As with other job titles, we hope to track these over time. Will we see more about the climate, ‘levelling up’ or other large agendas?

A simple example of something we can do with the job title data is examine the gendered language used to describe committee chairs. A search for titles which include the word ‘chair’ gives over 900 entries. Of these, 550 have no suffix at all, 330 are entitled ‘chairman’, and 25 are ‘chairperson’. There are no holders of the title ‘chairwoman’.

A quick analysis of this data by party shows a striking divide. While fewer than 8% of Labour and 22% of Liberal Democrats councillors are described as ‘chairman’, 59% of Conservatives use the gender-specific title over the neutral option.

Over the next few months we plan on developing proper scrapers for as much extra information as we can. This will include better coverage of job titles, interested surgeries and so on.

This initial research is designed for us to find out what might be possible and where to focus our efforts, but we’re keen on working with others on this. We think, for example, that the ability to track how many titles include climate change could be an excellent impact metric for climate change campaigners.

We’re always interested in hearing about other uses for this information, or other things we could include in it. If you’re interested at all, please get in touch.