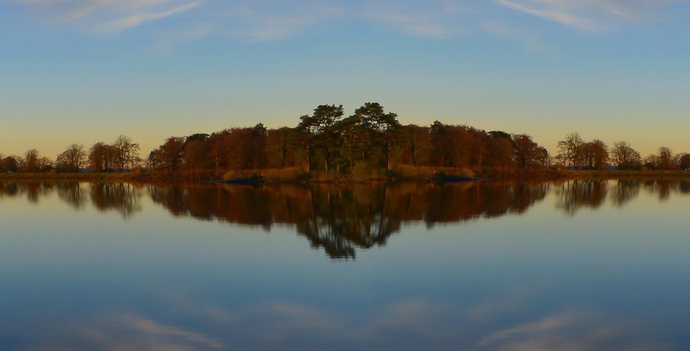 As many have noted, today was going to be a general election, once.

But it was also going to be The Real One for Democracy Club. The plan, back in autumn 2013, was to learn from the 2015 general election so we knew what we were doing at the 2020 election. Everything up to now was meant to be a practice.

Of course, quite quickly, the plan fell apart in ways we couldn’t have predicted. For a start we’ve covered four more UK wide polls than we were expecting. We’ve realised that it’s really hard to figure out a business or sustainability model. And we’ve understood how complex the subtle problems of UK administrative and address data really are.

The positives are that we’ve helped millions of people answer basic questions about elections. We’ve hosted a community of crowdsourcers who have managed to create a — maybe the best — database of candidates in the UK. The polling station finder brings together data from councils into a single, accessible database that is useful to millions.
That journey has been…interesting. The frantic inescapable busyness before an election, followed by quiet housekeeping and strategic planning, before being thrown, sometimes with no notice, back into the election fray.
This is an incomplete version of the story from 2013, told in three chapters up to today, with some thoughts on the future.

I was working as part of the “transformation” programme in central government - a project to make new digital versions of 25 politically important services - and started to realise that there was no equivalent transformation for elections or “democracy”. Services were getting easier to use, but that’s not the same as easier to understand, or change.

The more I thought about this, the more complex everything got. What would it mean to make better services for elections? What were the implicit changes I was working towards? Mix the internet and “democracy” together and you quickly stray in to talk about direct democracy or abstract concepts of decision making often with little focus on the realities of people’s understanding or expectations. Chat of online voting is never far away.

There’s a lot of positive things that come out of these ideas, but they are all mostly Big Ideas that need Big Things to Solve Them. And the Big Things normally rely on software and widespread adoption in order to work.

Focus back on me sitting in my kitchen, with 585 days left, it was clear, at best, I wasn’t going to change the world very much. Then I remembered I was a software developer! I knew software alone wasn’t going to do much, but breaking large problems down into smaller parts and iterating was useful when thinking about these sorts of Big Problems.

Let’s start somewhere small, learn and iterate. The 2015 election would be a time for casting a wide net. For learning about the domain, and 2020 would be The Real One.

From this followed some ideas:

Things started moving quickly. More people got involved. We wrote a list of ideas and even came up with some topics and priorities.

We were given the Democracy Club name by the folk who ran it for the 2010 general election (prequal chapters on request), someone made a logo, we started a blog and launched an event to help focus on things we could do. Joe started giving one day a week, Mark used some mySociety tech to start a candidate crowdsourcing website, the Slack started filling up, with new projects starting all over the place; Hustings, candidate CVs, a rebuilt ElectionLeaflets.org, an FOI to get polling station data.

Somehow Google got in touch about using the candidate data the community was putting together. Quick, register a company so we have something to put on the forms, get a bank account.

TV debates pushed so much organic traffic to our little crowdsourcing site that it struggled to cope. We built it, and they came, and that only happens in stories.

A blur of days, GitHub commits and Slack messages. Linked to from the actual home page of google.co.uk, press requests, everything getting more intense day by day. I must remember to vote.

Then…nothing. It was all over. Back to the day job, for a bit.

We’d said something about continuing between elections? Well go on then, I guess there are some local elections in May next year.
Are they interesting enough? There won’t be any big elections for 5 years though, but yeah, maybe people need to know about their candidates at local elections.

There were some interesting bug reports from that prototype polling station finder too, I wonder if we could fix them? Someone at The Electoral Commission wants to meet? Joe says something about applying for a startup incubator. This might be a thing even though there isn’t an election looming. There’s quite a lot of technical debt to think about, already.

Maybe we can follow up with the partnerships to line everything up in good time for 2020?

An office! Day jobs quit. Two of us with a three month schedule of workshops and talks to help us develop a business, and a 5 month deadline before the local elections.

Local elections are complex. No problem, the state provides good data for us to use….Oh. Well, no matter, how hard can fixing it be? What do you mean we’re not allowed access to election boundaries? We’re just trying to make a list of elections here, how hard can it be?

Someone wanted to pay us for the polling station finder in Wales. How do you spell referendum again? HOW many candidates standing at the local elections?! Different voting systems you say? Can we record results?

The incubator was fun, but convinced us that we weren’t a “normal” start up. Revenue from a product wasn’t a natural fit for a public good about democracy. Venture capital met our expectations.

Someone keeps making Pull Requests to the polling station finder, let’s see who they are.

2016 local elections done, let’s do the polling station finder in London for the referendum, what else can we do? Was it really this time yesterday she was in that flotilla?

Oh look, we got some money along the way, but not a business model. Good enough for now, we’ll come back to the model. Post referendum I went back to paying work, Joe on a tour of other countries to see what they do. He gets a seed of an idea from Germany, would it work here?

The 2017 locals saw some more grant money and this time money from The Electoral Commission, let’s hire Chris. I get paid for the first time, too!

The local elections are in a couple of…hey turn the telly on, there’s some sort of statement coming. How do you spell podium again?

After more exhausting elections we’re back to business development. A board might help. Let’s use the autumn to get one, and fix up a load of rushed work from June. We’re starting to get a handle on our systems. We can do by-elections now, we can scale well. 2018 should be good, what more can we do?

When will the podium be back? What can we do to be ready? More people in the Slack now, The Club might be a thing?

The money is still coming in, but nothing is stable. None of the grant money allows us to grow or improve much. Pitches to large grant makers fall on deaf ears - how can we prove we’re useful? Doesn’t everyone get a poll card? How many times do we have to say this 4 years old project that’s served millions of people is an “innovative prototype”?

We write our epitaph and start thinking about The Future a bit more. Maybe we can start to have Big Ideas now?

The 2019 local elections are our biggest yet with over 26,000 candidates…will every local election get overshadowed by unexpected national polls? Yes we knew about the EU parliament elections, but somehow still only have 5 weeks to get ready. Best cancel those post election holiday plans. Good job we have more people to help now. We’ll all need a break after this.

And breathe. It’s fair to say we could have been ready for The Real One. Even with everything else, we’ve ended up knowing quite a lot about elections. We somehow still have money in the bank, but still don’t know how long for.

I’ve come a long way since sitting alone in the kitchen, almost 7 years ago. I’m in the attic now. With a year off, or at least an election cycle. Time to catch a breath?

Joe and Chris have moved on to other things, enforcing a reset and rethink. The Electoral Commission are talking to us more, and we have some other ideas in the works.

Those Small Ideas hid Big Complexities but we showed it was worth it. The uptake of this information shows it’s needed. Yet the next general election might be missing a polling station finder or open candidates list, because neither of them are sustainable, and are still hard to create or maintain.

It’s possible nothing from that long forgotten ideas list will ever get done. The business plan might not get written.

So to think towards the next 5 years, or even 10 years, and then back to those early motivations:

With all of this in mind, we need to think about these things: